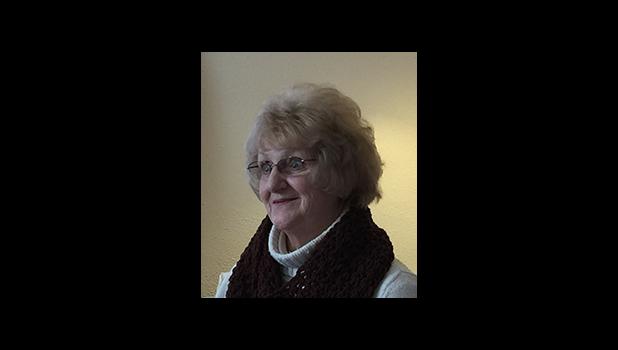 April 20, 1945 —
Feb. 23, 2019
CRESCO - Judy Marilyn Tucker, age 73, passed away Feb. 23, 2019 at her home after a long and courageous battle with cancer and most recently pulmonary disease.
Visitation will be held on Thursday, March 14 from 3-7 p.m. at Hindt-Hudek Funeral Home in Cresco, Iowa. Funeral services will be held at 11 a.m. on Friday, March 15 at Notre Dame Catholic Church in Cresco, with visitation one hour before the service. Burial will be at a later date.
Judy was born on April 20, 1945 to Benjamin and Irma (Fritz) Ollendieck in Cresco. She attended Cresco’s Notre Dame School, where she was a cheerleader and the homecoming queen. She enjoyed school and was very social. After graduation, Judy attended La James Cosmetology School in Mason City, Iowa.
She met Allen (Butch) Carolan, and they married in 1965 at St. Bridget's Church in Bluffton, Iowa. During that union, they had two sons, Brian and Dirk. The couple later divorced.
Judy had her own beauty shop in the country, while married to Butch, and later, after moving to Decorah, worked in a salon in town.
In 1984 Judy moved to Missouri, where she met Robert (Bob) Tucker. They married in 1985, and she became the stepmother of Brian (B.J.) Tucker.
The couple spent time living in Missouri and Utah. During that time Judy worked in a hair salon, as a housekeeper at a large hotel and learned her passion as a dog groomer.
After ending her marriage to Bob, Judy returned to Iowa and eventually settled back in her hometown of Cresco. She went back to grooming dogs and had her own business at the Decorah Vet Clinic for several years. She also worked at Camp Site RV, in Cresco with her family, cleaning campers. Reading her Amish books and doing her word puzzle books were a couple of her favorite pasttimes, along with her Friday night outings with family and friends.
Judy is survived by her sons, Brian (Shelly) Carolan of Bluffton, Iowa and Dirk (Delila) Carolan of Springfield, Tenn.; grandchildren, Brittany Provost of Bluffton, Clayton (Chelsea) Provost of Burr Oak, Iowa, Brianna (Ryan) Waite of Sneads Ferry, N.C, and Emma Carolan of Springfield; great-grandchildren, Creed Provost and Hadley Waite; four brothers, Charles (Dorothy) Ollendieck, Richard (Lois) Ollendieck and Dean (Sonya) Ollendieck, all of Cresco, and Kenneth (Dalene) Ollendieck of Buckingham, Iowa; three sisters, Doris Ferrie and Jean (Leland) McCarville, both of Cresco, and Joyce (James) Sweeney of Waterloo, Iowa; two sisters-in-law, Bernice Ollendieck and Dulcie Ollendieck of Cresco; and many loved nieces and nephews.
Judy was preceded in death by her parents, Ben and Irma Ollendieck; two brothers, Donald and Robert Ollendieck; one sister, Marion Ollendieck; one brother-in-law, Ronald Ferrie; nephew, Peter Ollendieck; nieces, Glenda (Sweeney) Connor and Bernadine Ollendieck; great-nephew, Andy Stika; twin great-granddaughters, Raelyn and Kaylee; her ex-husbands, Butch Carolan and Bob Tucker; and her stepson, B.J. Tucker.
Online condolences may be left at www.Hindthudekfuneralhomes.com.