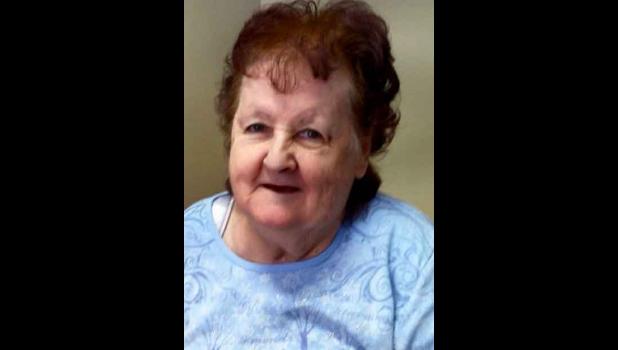 Jan. 7, 1945 —
Dec. 5, 2017
Elma - Katharine (Kaye) K. (Halpin) Brophy, age 72, of Elma, Iowa died surrounded by her family on Tuesday, Dec. 5, 2017 at Colonial Manor in Elma.
A Memorial Mass will be held at 3 p.m. on Saturday, Dec. 9, 2017 at Our Lady of Lourdes Catholic Church in Lourdes, Iowa, with Father Mark Murphy celebrating the mass. Visitation will be held at the church one hour prior to the funeral mass. Burial will be held at a later date. Online condolences for Kaye’s family may be left at www.conway-markhamfh.com. Memorials may be directed to the family.
Katharine Karen Brophy was born on Jan. 7, 1945 to Daniel and Marie (Bigley) Halpin in Elma. She graduated from Immaculate Conception Catholic School in Elma in 1963. After graduation, she attended beauty school in Waterloo, Iowa. She was later employed (1973) at Donaldson Company Inc. in Cresco until she retired in 1999.
Kaye enjoyed her family and friends, crocheting, dogs and shopping. She was a member of the United Auto Workers Union, Local 120 for 26 years and the Our Lady of Lourdes Rosary Society.
She is survived by three children, Amber Hummel of LeRoy, Minn., Danielle (Patrick) Cowley of Waterloo and Sean (Sarah) Brophy of Lourdes; two great-grandchildren, Sawyer and Ayden Hummel; six grandchildren, Corey, Tyler and Trey Hummel, Canagan Cowley and Lela and Ella Brophy; two sisters, Jean Hilsman of Waterloo and Gayle (Dale) Hoffman of Elma; and several nieces and nephews.
She was preceded in death by her parents and former husband, Mike Brophy.