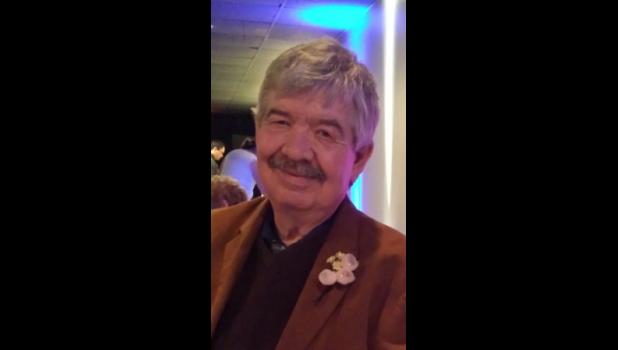 June 19, 1942 —
Sept. 2, 2019
CRESCO - Kenneth G. Becker, age 77, of Cresco, Iowa, passed away unexpectedly at his home on the morning of Sept. 2, 2019.
Visitation with the family will be held from 4-7 p.m. on Friday, Sept. 6, at First Lutheran Church in Cresco. Funeral services will be held on Saturday, Sept. 7, at 2 p.m., at First Lutheran Church, with Pastor Leo Combs-Lay officiating, followed by sweets and coffee.
Ken was born on June 19, 1942 in Le Mars, Iowa, the last of five boys born to Alwin and Maurene (Hansen) Becker. He graduated from Le Mars Central High School in 1960 and enlisted in the U.S. Marine Corps. Following his discharge from the Corps in 1963, he enrolled in Westmar College, where he met and later married Gretchen Ohlsen.
While still in school, Ken worked as a sports writer for the Le Mars Daily Sentinel. Following graduation, he and Gretchen moved to Sioux City, Iowa, where Ken was a writer for the Sioux City Journal Sports Department. That was followed by a move to Storm Lake, where he worked in the public relations department at Buena Vista College. His next move was to sell high school yearbooks in Edgerton, Wis. Unhappy with the move, it was decided to keep looking. The perfect location, as it turned out, was working for the Cresco Times-Plain Dealer in Cresco where Ken served as news editor, then back to sports again until his retirement on April 1, 2011.
Ken and Gretchen were blessed with two children, Kimberly and Todd. With musical talent abounding, the whole family participated in various musical and theatrical productions at the high school as well as in the community, especially at church and the Cresco Community Theater, where Ken acted, directed, ran lights and might have even taken tickets! A high point occurred in 1996 when he directed the production of “The Music Man” and had his three brothers Bob, Dale and Lou join him as the barbershop quartet. There was even a write-up about it in the Des Moines Register!
Ken and Gretchen were charter members of the Elm Street Singers and were both active at First Lutheran Church, where Ken served as president. He helped establish the Norman Borlaug Heritage Foundation and served on the board as secretary for many years, along with many other civic activities throughout the community.
Ken’s love of family was reflected in annual fishing trips to a lake in southern Minnesota with his brothers, where, in some years, they actually caught fish! Annual trips also to Sleeping Fawn Resort in Northern Minnesota were a post-retirement highlight. Christmas celebrations were always family-centered, with home-made ice cream, miniature lighted Christmas villages in the dining room and the ever popular fondue.
In his “spare time,” Ken enjoyed photography, being a Master Gardner, fishing for trout and cheering on the Twins, Vikings and especially the Iowa Hawkeyes. Sometimes he would just drive around, taking in the beautiful countryside. In later years, he would visit their RV along the Upper Iowa River, sitting on the swing, watching the world go by, likely a preview of Heaven.
Ken is survived by his loving wife, Gretchen; children, Kimberly (Aaron Johnson) and Todd (Holly Bonfig-Becker); grandchildren, Gabriel, Isabella, Chloe and Finnley; brothers, Robert of Cleghorn, Iowa and Louis (Cindy Cochran) of Iowa City, Iowa; sisters-in-law, Lorraine of Des Moines and Sally of Mason City, Iowa; brother-in-law, Bruce of Madison, Wis.; and mother-in-law, Carol of Cresco; as well as numerous nieces and nephews.
Ken was preceded in death by his parents; brothers, Gene and Dale; sister-in-law, Betty; father-in-law, Roger; and brother-in-law, Terry.