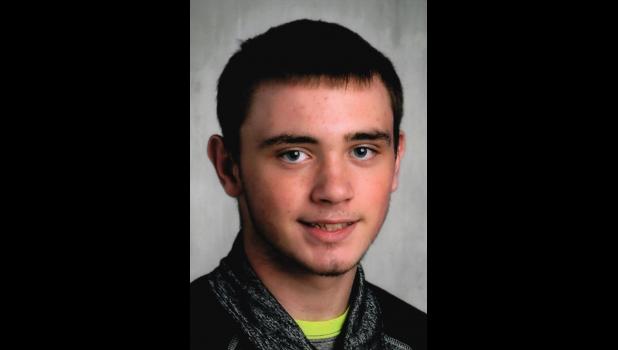 Feb. 1, 2001 —
April 17, 2017
CRESCO -  Kyler Jessie Bina, age 16 of Cresco, Iowa passed away on April 17, 2017.
A memorial service will be held on Monday, April 24, 2017 at 11 a.m. at Immanuel Lutheran Church in Cresco. Friends may call from 2-5 p.m. on Sunday, April 23, 2017 at Lindstrom Funeral Home in Cresco, as well as one hour prior to services at the church.
Kyler was born on Feb. 1, 2001. He was raised in Cresco and on a farm near Schley. He had a very caring and big heart, a personality that could bring a smile to your face and loved making people laugh. He loved giving to others, loved giving presents and would give whatever he had. Kyler liked being silly, even just for the sake of being silly and was a “bullshitter” who could sit down and visit with anyone, old or young. Hereditary stubbornness runs in the family, Kyler was bullheaded to the extreme, just ask his teachers. He had the gift of debate even if he knew he was wrong and would push your buttons just because he could.
He enjoyed camping with family and spending time on the river. He enjoyed road trips with friends with a high point of going to California if even for a “short trip.” He loved his nephew and nieces and playing with his little cousins who all adored him. He wrestled with older and younger cousins, which may or may not have resulted in injuries or emergency room visits.
Kyler enjoyed wrestling, hunting, being with friends, the United States Army, tractors, living in the country and “hardly” picking any rock. He also has made many wooden creations, such as benches, hockey sticks and a tree house for family and friends.
Kyler is survived by his parents, Mike and Becky Bina of Cresco; sister, Katelin Bina; a nephew, Keelan “mini me”; nieces, Kali and Kinley; grandparents, Bruce Ishman and Judi Bina; and all of his aunts, uncles and cousins, along with his girlfriend, Ashlyn Schmauss.
Kyler was preceded in death by his grandmother, Nicki “Mickey Mouse” Ishman, and a grandfather, Ray Bina, his “best buddy.”