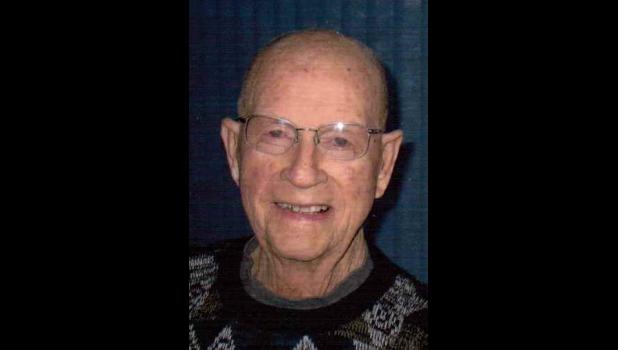 Cresco -  Leroy “Mac” McCarroll, age 87, of Cresco, Iowa passed away, surrounded by family, on Saturday, Jan. 21, 2017 under Hospice care at Regional Health Services of Howard County in Cresco.
Visitation for Mac is Wednesday, Feb. 1 from 4-7 p.m. at Lindstrom Funeral Home in Cresco. Funeral service is 11 a.m. Thursday, Feb. 2 at Immanuel Lutheran Church in Cresco.
Mac was born on July 3, 1929, the son of Robert and Mabel (Hawkenson) McCarroll in Cyrus, Minn. He was baptized and confirmed at Cyrus Lutheran Church, attended Cyrus Public Schools and graduated from Cyrus High School in 1947. During and after high school, he worked as a hired man on Ted Dosdall's farm.
He enlisted in the Navy in 1951 for “three years, eight months and 10 days,” as he would say. Mac set sea Aug. 26, 1952 and toured all the way around the world on the U.S.S. Ingersoll. Following discharge in 1954, he was united in marriage to Charlotte “Putse” Amerson on June 25, 1955 in Cyrus.
Mac and his brother, Tom, worked on the oar boats on the Great Lakes for a season. He then became a salesman for Watkins Products until being hired as a District Manager for Trojan Seed Company. In 1963, Mac and Putse were moved to Cresco, where he continued as District Sales Manager for numerous seed companies before retiring with Northrup King. He received numerous awards for being top salesman.
He was a member of Immanuel Lutheran Church, the VFW and Cresco Country Club, all in Cresco. He was president of Driftrunners Snowmobile Club in the 1980s.
Mac enjoyed fishing at their summer home on French Lake in Faribault, Minn., golfing in Cresco and their winter home in Dade City, Fla., playing baseball in his early years, gambling, hunting, playing his harmonica and watching all sports, especially the Minnesota Vikings. He was a do-it-all man. He had a passion for his motorcycles, racing them and traveling to Sturgis and won many awards. He treasured most spending time with his grandchildren and making many memories.
Mac is survived by his wife, Putse of Cresco; three children, Gregory (Susan) McCarroll of Crystal Lake, Ill., Kimberly (Dean) Zakostelecky of Cresco and Bradley McCarroll of Cresco; four grandchildren, Jacob Zakostelecky (Kimmy Weigel), Mackenzie McCarroll (Justin Bye), Brandon McCarroll and Lauren McCarroll. In addition he considered Kayla Anderson a fifth “grandchild.” Other survivors include sister-in-law, Mary Lou McCarroll of Inver Grove Heights, Minn.; brother-in-law, John “Jackie” (Elaine) Amerson of Cresco; and many nieces and nephews.
He was preceded in death by his parents; brothers, Robert, Thomas and Jerry McCarroll; uncles; and cousins.