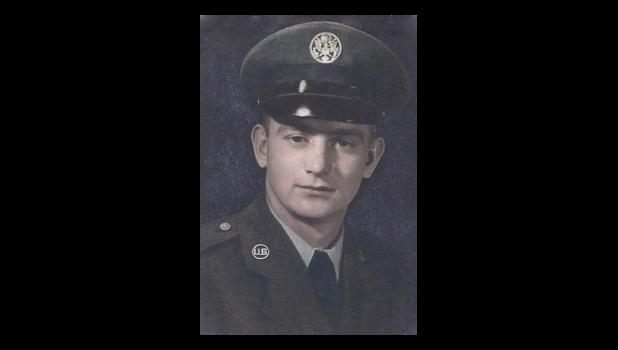 Lime Springs -  Lester Schmitt, age 86 of Lime Springs, Iowa died on Jan. 24, 2017 at Gundersen Health System in La Crosse, Wis.
A Memorial Mass was held Jan. 28, 2017 at Notre Dame Catholic Church in Cresco, Iowa, with Father Dennis Cain presiding. Hindt-Hudek Funeral Home in Cresco is assisting the family.
Lester was born May 29, 1930, the son of Joe and Christina (Kunt) Schmitt. Lester attended Little Turkey rural country school and graduated from Lawler High School in 1949. He served as a clerk during the Korean War, 1951-1955, and is a veteran of the United States Air Force.
Lester met Camella (Jirak) Schmitt at the Inwood Ballroom at Spillville, Iowa. They thought they should keep on dancing together, so on June 4, 1957, they married at Assumption Catholic Church in Cresco, Iowa. The couple became the parents of five children. They moved to a farm five miles west of Cresco in 1957, where they lived for nearly 60 years. In 1990 they purchased an additional farm near Kendallville, Iowa on the Upper Iowa River. The nearby Bigalk Creek, stocked each year with trout, met the Upper Iowa there and gave Lester many hours of good fishing.
He was an award-winning farmer who grew corn on his 160 acre farm near Cresco, and occasionally raised cattle and pigs. He was known for his good business sense and before-his-time soil conservation. He was also recognized for planting trees on their other farm to stop the Upper Iowa from washing away top soil. In addition he was well-known for his 31 years as a salesman for Pioneer Seed Corn. He enjoyed hearing the latest farm trends, family farm news, weather reports and driving slowly past rows and rows of soybeans to check how well they were surviving in the heat.
Lester grew a large garden every year and enjoyed sharing what he grew and the fish he caught with friends and neighbors or making trades for treats at Grube Lawn and Garden. He knew where to find and pick the season’s best strawberries, dewberries, wild cherries and grapes to make jam. He loved deer hunting with his brothers, nephews and a crew of good friends. For many years, he trekked with family and friends to northern Minnesota for annual fishing vacations. He also liked to make his regular rounds to Kendallville, Lime Springs and Cresco.
Lester was a lifelong member of the Knights of Columbus, American Legion and the Veterans of Foreign Wars (VFW).
He is survived by his wife Camella, and his children, Constance Schmitt Newgard of Julian, Calif., Chuck (Denise) Schmitt of Coon Valley, Wis., Cathy (Jeff) Tuttle of Glenwood Springs, Colo., Carol Schmitt of Los Gatos, Calif. and Christina (Bobby) Schmitt of Minneapolis, Minn. He is also survived by seven grandchildren, Katie and Lizzie Newgard, Travis Schmitt and Taylor (Cody) Willis, Jessie Tuttle, Nathan Schmitt and Violet King, and one great-granddaughter, Lily Willis. He is also survived by two sisters, Dolores (Norbert) Shileny and Joyce (Walt) Mrachek, and three brothers, Joey (Kay) Schmitt, George (Darlene) Schmitt and Arlo (Mary Helen) Schmitt.
He is preceded in death by his parents; one sister, Marylen; and five brothers, Edmund, Raymond, Walter, Bob and Jerry.