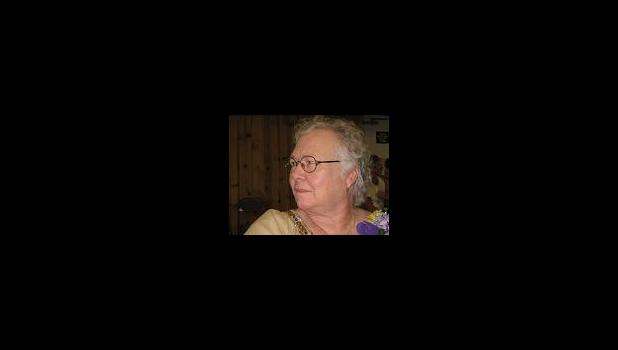 June 26, 1941 —
Dec. 12, 2018
Cresco - Leura “Ann” Johnson, age 77, passed away on Dec. 12, 2018, surrounded by compassion and mercy. Nearby family came to her after her passing to pay respects on behalf of all.
A Remembrance Service will be at 7 p.m. on Tuesday, Dec. 18, 2018 at Lindstrom Funeral Home in Cresco. She has been interred in a family plot with her parents, Loyed and Mirell Johnson, at Auburndale Fla., the place she held in her heart as her hometown.
She was born on June 26, 1941. Moving to Iowa in 1973 with her husband and family, Ann lived and worked for many years in the local area, in Ridgeway at the Koffee Kup, Kozy Korner and the Ridgeway Elementary School as a cook. She also owned and operated a drapery and sewing notion store called The Southern Bell and worked at Minona Wire in Decorah. Eventually she pursued her lifelong dream in nursing, taking college courses in Calmar. Her work as a nurse began in local care facilities. Upon completing her nursing degree, she returned to Auburndale, where she continued working in care facilities and also as a hospice nurse. She continued this labor of love and mercy in the Auburndale area until she retired.
In 2014 she moved back to Cresco, where she was able to see family, friends and former co-workers who she knew and loved for so many years. She was greatly enjoyed by all, including the care staff she interacted with.
Ann was married to Orville Milton Johnson. To this union four children were born, Michael (Judy) Johnson, Michelle (Larry) Briggs, Deborah (Vic) Ryan and Wesley (Suzie) Johnson.
Through her four children, she was blessed with many grandchildren, Benjamin Johnson, Caleb (Tesha) Johnson, Nathan (Renee) Johnson, Rebekah (Tom) Johnson, Melissa (Ryan) Bronemann, Bryan (Jaclyn) Hageman, Natalie (Cody) Dreier, Brady Dreier, Shawn (Jessie) Henry, Cody (Trista) Ollendieck, Megan (Noah) Ball, Ashleigh (Gavin) Markley, Damien Johnson, Dylan Johnson and Axton Johnson.
Through Ann’s grandchildren, her blessings continued with several great-grandchildren, Abriana, Landen, Ava, Amara, Brennan, Brynnlee, Braelynn, Clayton, Keirah, Lexus, Aston, Zoii and Wyatt.
She will be greatly missed, and fondly remembered for her love, caring and fun loving personality. Peace and healing are now yours in the arms of Christ, there with the Family of God, Amen.