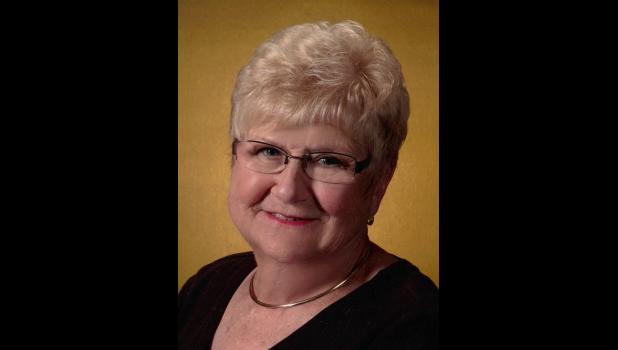 Nov. 8, 1939 —
Sept. 20, 2017
CRESCO -  Marlene Marie Cummings, age 77, of Cresco, Iowa died Wednesday, Sept. 20, 2017 after a long battle with complications of rheumatoid arthritis and asthma.
Mass of Christian Burial will be held at 11 a.m. Monday, Sept. 25, 2017, at Notre Dame Catholic Church in Cresco, with Father Dennis Cain officiating. Burial will be in Calvary Cemetery in Cresco. Visitation will be held from 3-6 p.m. Sunday, Sept. 24, at Hindt-Hudek Funeral Home, Cresco.  Visitation will continue an hour prior to the time of service Monday at the church.
Marlene was born in Howard County, Iowa on Nov. 8, 1939, the daughter of Miles and Elvira (Baker) Barnes. She attended country school Paris Township #4 on the Barnes farm, two years at Rudolphinum High School in Protivin, Iowa and graduated from Cresco High School in 1957.
On Nov. 27, 1957, she was united in marriage to Richard Cummings at Holy Cross Church in Schley, Iowa.  Marlene and Dick lived in Charleston, S.C.; Rapid City, S.D.; Sioux Falls, S.D.; Eau Claire, Wis.; and Saint Paul Park, Minn. while Dick was in the Air Force and worked for Orkin Pest Control.
Starting in high school, Marlene worked at Boeke Drug and continued after getting married while Dick was enlisted, and again after they moved back to Cresco in 1968.  She also worked in food service at Howard-Winneshiek schools and retired as the food service director in 2004.
She was a long-time member of the Notre Dame Parish. She was a dedicated volunteer.  Over the years she was very active in her church, the American Legion Auxiliary, Hospital Auxiliary quilt auction and, under the insistence of Fr. Fitz, Marlene and Dick, along with Galen and Lavon Fye and Gil and Karen Pecinovsky, started the Notre Dame Parish food stand at the Howard County Fair from 1992-97. She was a member of the Red Hat Society, RHSHC Hospital Auxiliary and American Legion Auxiliary.
Most of all, Marlene enjoyed spending time with family and friends, playing cards at card club and Bunco.  She was an avid supporter of any sport her grandchildren were playing. She loved to watch and “talk” college football, basketball and wrestling. She followed all relatives and local area youth in high school wrestling. Marlene loved flowers and spent many hours tending her flower gardens.
She is survived by her daughters, Julie (Kirk) Titus of Baxter, Minn. and Jill (Brian) McConnell of Cresco; four grandchildren, David Titus of Mankato, Minn., Erik Titus of Brainerd, Minn. and Molly McConnell and Elle McConnell of Cresco; two brothers, Larry (Kay) Barnes of Cresco and Bob (Carolyn) Barnes of Cedar Rapids, Iowa; sisters-in-law, Irene McGee of Austin, Minn. and Margaret Burkett of Cresco; and several nieces and nephews and great-nieces and nephews and many great friends.
She was preceded in death by her husband, Dick in April of 2000; her parents; one granddaughter; and brother, Rodney Barnes.