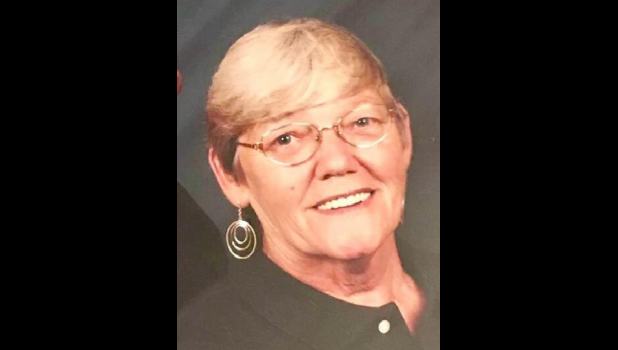 May 11, 1942 —
May 14, 2019
CRESCO - Mary Horsfall, age 77, of Cresco, Iowa died on Tuesday, May 14, 2019 at her residence in Cresco.
An open house memorial was held on May 18, 2019.
Mary Jane Buck was born on May 11, 1942, in Cresco, Iowa to Hugh and Mildred (Joerger) Buck. She graduated from Columbus High School in Waterloo, Iowa in 1960 and married Roger Horsfall in Waterloo, on June 17, 1961. They lived in Cedar Falls, Iowa following their marriage, and later Des Moines and Guthrie Center, Iowa, moving to Cresco in 2013.
She was a loving mother, grandmother and wife and enjoyed spending time with her grandkids. Mary liked playing cards and being everybody’s right-hand man. She was very supportive and liked helping anyone who needed it, especially Roger and Barb.
Mary is survived by her husband, Roger of Cresco; children, Barb Kingsley of Madrid, Iowa, Tim (Karen) Horsfall of Waterloo and Patrick Horsfall of Cresco; eight grandchildren; 13 great-grandchildren; siblings, Richard Buck of Cresco, Harry (Joan) Buck of Warren, Mich., Norma Buck of Evansdale, Iowa, Paul (Pat) Buck of Minneapolis, Minn., Thomas Buck of Lakeville, Minn., Kay Erickson of Cresco and Carol Metcalf of Henderson, Nev.; and brother-in-law, Ned Krambeer of Decorah, Iowa; as well as many nieces and nephews.
She was preceded in death by her parents; sister, Peg Krambeer; sister-in-law, Delores Buck; and grandson, David Kingsley.
Memorials are preferred to the family. Online condolences may be left at www.Hindtfuneralhomes.com