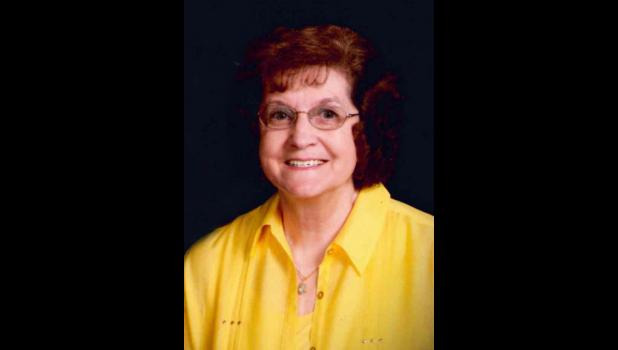 June 8, 1945 —
Oct. 24, 2017
New Hampton - Mary Jane Schultz, age 72 of New Hampton, Iowa, passed away at her home with her family by her side on Tuesday, Oct. 24, 2017.
A Mass of Christian Burial will be held at 10:30 a.m. on Saturday, Oct. 28, 2017 at Holy Family Parish in New Hampton with celebrant Msgr. Carl Schmitt. Burial will be at St. Mary’s Cemetery in New Hampton.
Visitation will be held from 4-8 p.m. on Friday, Oct. 27, 2017 at Conway-Markham Funeral Home with a 7:30 p.m. Scriptural Wake Service. Visitation will continue at the church one hour prior to the Funeral Mass on Saturday. Online condolences for Mary Jane’s family may be left at www.conway-markhamfh.com. Memorials may be directed to the family.
Mary Jane Louise Edson was born on June 8, 1945 to Vern and Marjorie (Taylor) Edson in Charles City, Iowa. She attended school in New Hampton and graduated from Ossian De Sales High School. Upon graduating, she worked at Deco Manufacturing in Decorah, Iowa. She moved back to New Hampton where she was married, then divorced. Mary Jane worked at St. Mary’s Catholic Church as a housekeeper. Later she returned to Deco Manufacturing, where she was employed for 26 years.
She was united in marriage to Eugene Schultz, Jr. on July 21, 2000 at St. Mary’s Catholic Church in New Hampton.
She enjoyed gardening and flowers, spending time with her grandchildren and being with her family. She was proud to drive semi-truck and powder puff stock cars. She was a member of Holy Family Parish and Rosary Society.
Mary Jane is survived by her husband, Eugene Schultz, Jr. of New Hampton; her mother, Marjorie Hoffman of New Hampton; her children, Christine Vestal of Camden, N.C., Matt (Amber) Gebel of Gladbrook, Iowa, Kipp (Christine) Gebel of Ida Grove, Iowa, Jim (Charity) Gebel of Moville, Iowa, Mindy (Albert) McDonald of Akron, Iowa and Tony (Donna) Gebel, Susie (Wayne) Troyna and Jodi (D.J.) Njus, all of New Hampton; 24 grandchildren; two great-grandchildren; sister, Judy (Dave) Baltes of Oklahoma City, Okla.; brother, Vernon (LaVonne) Edson of Cedar Rapids, Iowa; and several nieces and nephews.
She was preceded in death by her father, Vern Edson, and one grandson, Vincent Vestal.