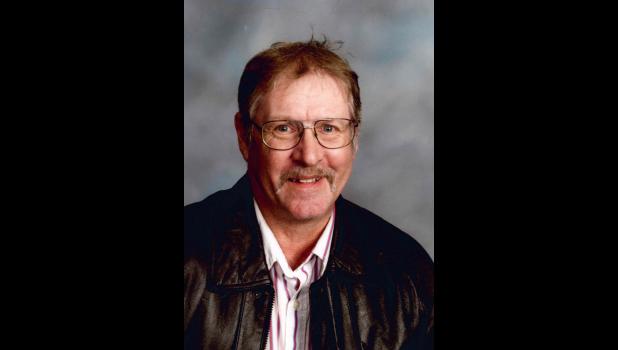 Sept. 25, 1955 —
Jan. 30, 2018
Riceville - Michael F. Klobassa, age 62 of Riceville, Iowa, formerly of Elma, Iowa, passed away on Tuesday, Jan. 30, 2018 at Osage Rehab and Health Care Center in Osage, Iowa.
Mass of Christian burial will be held at 10:30 a.m. on Friday, Feb. 2, 2018 at Immaculate Conception Catholic Church in Elma, with Father Mark Murphy celebrating Mass. Burial will be at a later date.
Visitation will be held from 4-7 p.m. on Thursday, Feb. 1, 2018 at Conway-Markham Funeral Home in Elma, with a scriptural wake service at 7 p.m. and will continue at the funeral home one hour prior to the Mass on Friday. Online condolences for Michael’s family may be left at www.conway-markhamfh.com. Memorials may be directed to the family.
Michael F. “Mike” Klobassa was born Sept. 25, 1955 to Lee and Judy (Alt) Klobassa in Riceville. He attended and graduated from Riceville High School. He then began his lifelong career in construction, working for Meirick Construction and farming the family farm.
On Nov. 26, 1977, Mike was united in marriage to Susanne Meier at Immaculate Conception Church in Elma. The couple made their home in rural Elma, where they raised their three children, Jeremy, Danny and Rachel. They later divorced.
Mike then returned to Riceville, where he enjoyed farming with Steve Eastman and S & D Farms until he was no longer physically able to work. Mike was a member of Immaculate Conception Church in Elma. He enjoyed his time working the ground, checking the crops, going on evening country drives and his restored 1070 and 630 tractors. But his real pride and joy were his children and grandchildren.
He is survived by his three children, Jeremy (Heather) Klobassa of Osage, Danny Klobassa of Riceville and Rachel (Cameron) Byrnes of Clear Lake, Iowa; his grandchildren, Braden, Liam, Oliver, Piper and Taylor Rose; his step-grandchildren, Dylan, Kyle and Malory; his siblings, Charlie (Betty) Klobassa of Shell Rock, Iowa, Kathy (Tom) Recker of Alta Vista, Iowa, Bob (Pam) Klobassa of Elma and Dave Klobassa of Nashua, Iowa; and several nieces and nephews.
He was preceded in death by his parents.