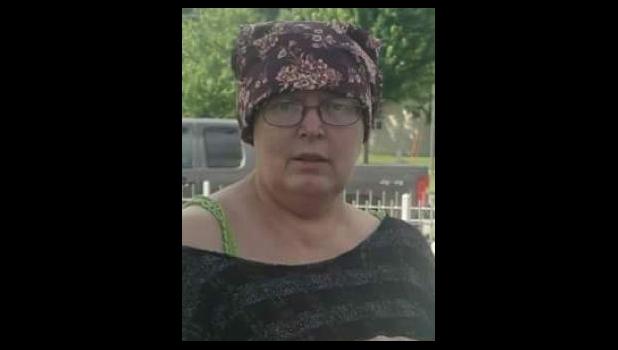 Sept. 7, 1959
May 20, 2017
Formerly from CRESCO -  Nancy A. McIntyre, age 57, of New Hampton, Iowa, formerly of Cresco, Iowa passed away at Linn Haven Rehab and Healthcare surrounded by her loving family on May 20, 2017, following a long battle with cancer.
A funeral service will be held 10:30 a.m. on Saturday, May 27, 2017 at Harvest Church in New Hampton with Nate Gillen presiding. Interment will be held at Ridgeway (Iowa) Cemetery following the service.
Friends may greet the family from 5-7 p.m. on Friday, May 26, 2017 at Hugeback-Johnson Funeral Home in New Hampton. Visitation continues an hour prior to the service on Saturday at the church. Online condolences for Nancy's family may be left at hugebackfuneralhome.com
Nancy was born at home in Cresco, Iowa on Sept. 7, 1959, the daughter of Alden W. Huckins and Lois (Klatt) Huckins. Emil and Marie Anderson later adopted her. She attended schools in Cresco and Ridgeway. She met her life partner, Robert, in December 1996, and the couple’s relationship blossomed. They went on many trips together and enjoyed each other’s company.
Nancy enjoyed antiques and looking for bargains in thrift stores. She had a wonderful sense of humor and giving nature. More than anything, she loved and cherished her children and grandchildren. Put simply, they were her whole world. She will be dearly missed by her many friends and family.
Survivors left behind to cherish and celebrate her memory include her life partner, Robert Towell of New Hampton; seven children, Lee Ann McIntyre of New Hampton, James Steenhard (Angie Stapleton) of Arcadia, Wis., Terri Kay Anderson (Justin Ribble) of Waukon, Iowa, Mitchell McIntyre (Kelly Politowitz) of Winona, Minn., Sandi Anderson of Waterloo, Iowa, Robert Towell Jr. of Nashua, Iowa and Cassidy Towell of Clear Lake, Iowa; 12 grandchildren; two great-grandchildren; siblings, Alan Neste of Decorah, Iowa, Gary (Phyllis) Klatt of Chicago, Ill., Jerry (Christine) Klatt of Killeen, Texas and Mary (William) Hofmeister of Moberly, Mo.; and birthmother, Lois Klatt of Killeen, Texas.
She was preceded in death by her biological father, Alden Huckins, and adoptive parents, Emil and Marie Anderson.