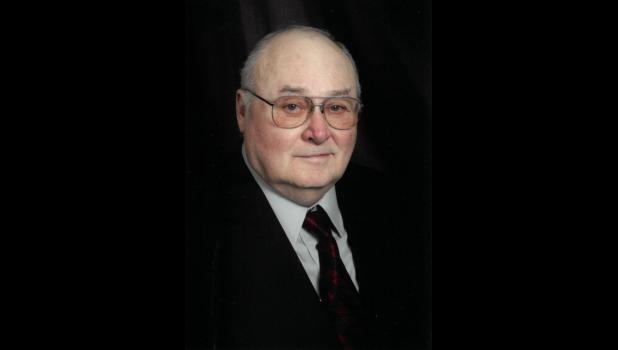 April 21, 1933 —
Aug. 5, 2017
CRESCO -  Neil Vincent Kappes, age 84, of Cresco, Iowa died Saturday, Aug. 5, 2017, at Hawkeye Care Center in Cresco.
Memorial Mass will be held at 11 a.m., Thursday, Aug. 10, 2017, at Our Lady of Lourdes Catholic Church. Burial will be in Our Lady of Lourdes Cemetery. Visitation will be held 4-7 p.m., Wednesday, Aug. 9, 2017 at Hindt-Hudek Funeral Home, 404 N. Elm Street, Cresco, with a scripture service at 4 p.m. Visitation will continue an hour prior to the time of service Thursday at the church.
He was born April 21, 1933 in rural Ridgeway, Iowa, the son of Leo and Bertha Leibold Kappes. On Nov. 26, 1958, he married Catherine Clynch at Our Lady of Lourdes Parish.
Neil graduated from eighth grade at St. Joseph’s School and then attended Cresco High School. Following high school, he helped his father on the farm and also worked at Brewer’s Produce. In 1952 he enlisted in the Air Force and worked as a physical therapy specialist until he was discharged in 1957. When he returned to Cresco, he worked at Miles Kupka’s Tavern until he was hired by the Winneshiek County Secondary Roads Department, where he worked for 38 years, retiring in 1995.
He was a member of the American Legion Post 597 in Elma and the Farm Bureau. Neil and Kathy lived in Decorah after their marriage and then moved to Ridgeway, living there for six years, followed by a move to a dairy farm south of Schley, where they resided until settling into the Hawkeye Care Center in December 2016.
Neil was very talented with woodworking and made many beautiful things for his family and friends until he had his first stroke. He also enjoyed hunting and fishing in his younger years.
He is survived by four children, Gary of Eagan, Minn., Karen (Steve Recker) Ptacek of New Hampton, Iowa, David (Jillaine) of Cresco and Robert (Tammie) of Dexter, Minn.; two brothers, Zeno (Helen) Kappes of Burr Oak, Iowa and Leonard (Angie) Kappes of Ridgeway; special family friend, Kenny Waller; sister-in-law Betty (Louis) Torkelson of Rochester, Minn.; 11 grandchildren; and 11 great-grandchildren.
He was preceded in death by his parents; his wife, Catherine in May 2017; and sisters, Rita and Elaine Kappes.