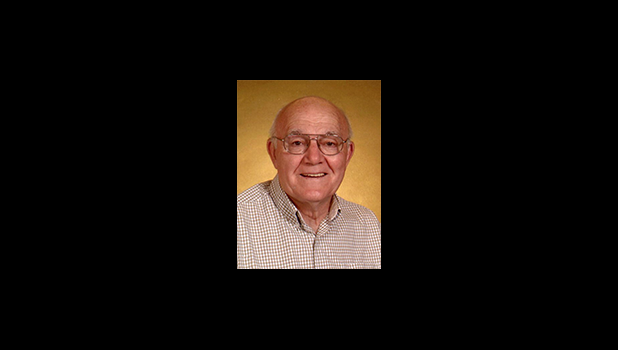 Feb. 5, 1933 —
Nov. 1, 2019
NEW HAMPTON - Norbert Charles Shileny, age 86, of New Hampton, Iowa and formerly of Lawler, Iowa, a retired farmer and John Deere employee, passed away peacefully at the Sumner hospital on Nov. 1, 2019.
Mass of Christian Burial will be at 11 a.m. on Wednesday, Nov. 6, 2019 at Assumption Catholic Church in Little Turkey, Iowa at Lawler, with Father Aaron Junge presiding. Burial will be in St. Mary’s Cemetery.
Visitation will be from 4-7 p.m. on Tuesday, Nov. 5, 2019 at Assumption Catholic Church and after 10 a.m. at the church on Wednesday.
Norbert was born on Feb. 5, 1933 on a farm six miles north of Lawler on the Little Turkey River. He was the third of four children born to Joseph and Zephie (Bouska) Shileny. He attended Jacksonville School in a one-room building one mile north of where he was raised. He was only able to finish the eighth grade due to his family needing help on the farm. How-ever, Norbert proudly received his high school diploma from Turkey Valley High School in 2010.
He accepted the position of treasurer of the Utica Township when he was 18 years old, an assignment you would expect someone much older and more experienced to hold. He was also in charge of the Utica Township elections, his first presidential election being JFK. He held both of these positions until August 1997.
Norbert was drafted into the U.S. Army at the age of 20. After six weeks of Basic Training in Fort Benning, Ga., he came home for a short leave to marry Delores Schmitt on July 27, 1953 (which happened to be the day the Korean War ended). He actually met his beloved Delores at St. Mary’s Catholic Church in Little Turkey, when they were young children. They often played after church, not knowing then that they would be happily married for 65 years. After the wedding, leaving his new bride behind, Norbert returned to Camp Breckenridge, Ky.
He had many proud and lasting memories of his time in the service, but these two experiences were especially impactful:
~ One day while on maneuvers, a Sergeant told him to “get in the Jeep.”
Norbert was told he was chosen for one of five positions on the Color Guard.
This involved sincere dedication and practice, practice and more practice, a memory that stayed with him all his life.
~ Norbert and a fellow guard transported an AWOL prisoner from Fort Knox, Ky. to Fort Riley, Kan., and from Monday morning to Wednesday evening, Norbert did not sleep, because the other guard could not stay awake.
In December 1954, he was promoted to Staff Sergeant, and upon his discharge on Jan. 13, 1955, Norbert was transferred to the Army Reserves for eight years. His military service was a time in his life that he recalled proudly and fondly, especially in his later years.
Norbert, Delores and their new daughter, Mary Jo, who was born in Abilene, Kan., returned to the Little Turkey area to farm on the home place. Over the next six years, they welcomed three more children, Betty, Don and Joe.
In the winter of 1962, a good friend and neighbor approached Norbert about applying at John Deere to work. He applied for the job the very next day and started work the following week. Originally, he thought he would only work until spring, when the planting season started, but ended up working at John Deere for 29 years. He enjoyed his time working there, but still chose Farmall Tractors when farming. In 1997, the couple moved to New Hampton, and their son Joe and his family moved on the home place.
As a retiree, Norbert volunteered countless hours in the community. He was a member of the Lion’s Club and Lawler Post 279 American Legion, where he served as treasurer for a number of years. He, along with two others, was instrumental in establishing the Veteran’s Memorial in Lawler. Additionally, he traveled to Des Moines every May for over 15 years to be a camp counselor at Boys State, an experience he enjoyed sharing.
In September 2013, Norbert’s life changed drastically when he had to have his right leg amputated above the knee due to cancer. Over time, he learned to adjust and resumed most of his activities. He especially enjoyed attending church, playing cards and going to the casinos. He was also an avid reader and a great supporter of The Weather Channel.
Norbert is survived by his children, Mary Jo Clarine of New Hampton, Betty (Denis) Kriener of Ankeny, Iowa, Donald (Evette) Shileny of Westminster, Colo. and Joseph Shileny (Dawn Iverson) of Lawler; his 12 grandchildren, Craig, Joey, John, Alice, Katie, Lisa, Sara, Lisa, Emma, Nicole, Vanessa and Joey; 14 great-grandchildren; his youngest sister, Mary Ann Kuennen of Lawler; his sisters-in-law, Joyce (Walt) Mrachek of Cresco, Iowa; Rosie Schmitt of Edgar, Wis., Darlene Schmitt Kraus of Stratford, Wis., Camilla Schmitt of Cresco and Delores Schmitt of Winona, Minn.; his brothers-in-law, George (Darlene) Schmitt of Cresco, Arlo (Mary Helen) Schmitt of Mabel, Minn. and Joseph (Kay) Schmitt of Sarasota, Fla; and numerous nieces and nephews.
He was preceded in death by his parents, Joseph and Zephie; his wife, Delores; his sister, Eleanor (Butch); his brother, Julius (Loretta); his brother-in-law, Delbert; his sister-in-law Marilyn; and his brothers-in-law, Edmund (Gladys), Raymond, Walter, Lester, Jerry and Robert.