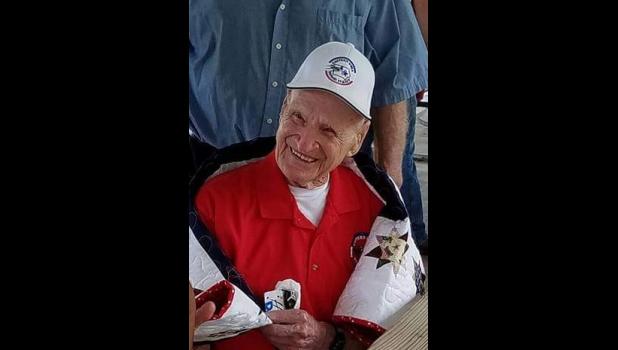 Feb. 5, 1921 —
Sept. 5, 2019
ELMA - Orville J. Zubrod, age 98, of Elma, Iowa passed away with family by his side on Thursday, Sept. 5, 2019 at Colonial Manor of Elma.
Funeral services will be held at 11 a.m. on Monday, Sept. 9, 2019 at Conway-Markham Funeral Home of Elma, with Pastor Dan Christiansen officiating. Military rites will be provided by Elma American Legion Post #597. Burial will be held at Riverside Cemetery in Riceville, Iowa.
Visitation will be held from 10-11 a.m. on Monday at the funeral home. Online condolences for Orville’s family may be left at www.conway-markhamfh.com. Memorials may be directed to the family.
Orville John was born on Feb. 5, 1921, to William and Christina (Mishak) Zubrod. He attended school at North Washington. Afterwards he worked for several farmers. On Feb. 27, 1945, he married Velma Johnson in rural Alta Vista, Iowa.
He served in the U.S. Army in 1945 and was stationed in Italy in World War II. The couple started farming together shortly after his return from service overseas. In addition to raising five children and farming side-by-side with his wife, Orville loved spending time with his family, farming, playing cards, nature and animals. He was a quiet, kind-spirited man, whose love of people shined through and touched many hearts. His most joyful moments were spent with his children, grandchildren and great-grandchildren. During his stay at Colonial Manor, he was blessed to have a caring home and the loving support of the staff and residents.
He is survived by two sons, Larry (Cheri) Zubrod of Winfield, Mo. and David (Sharon) Zubrod of Cedar Rapids, Iowa; two daughters, Sharon (Bruce) Phillips of Cresco, Iowa and Carol (Steve) Junko of Pleasant Valley, Mo.; seven grandchildren; seven great-grandchildren; two brothers, Melvin Zubrod of Garrison, Minn. and William Zubrod of New Hampton, Iowa; and one sister, Madonna Taylor of Marion, Iowa.
Orville was preceded in death by his parents, William and Christina Zubrod; his wife, Velma in 2015; his son, Kenneth; two brothers, Virgil and Bob; and one grandson, Michael Zubrod.