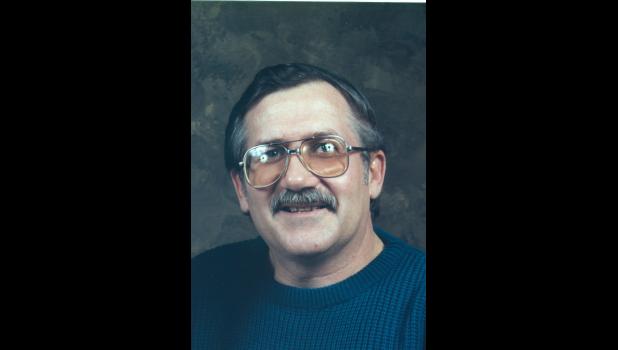 Dec. 14, 1948 —
May 28, 2019
NEW HAMPTON - Pat “Irish” Fogarty, age 70, of New Hampton, Iowa, formerly of Elma, Iowa, died on Tuesday, May 28, 2019, at his home.
A Mass of Christian Burial will be held at 10 a.m. on Saturday, June 1, 2019, at Immaculate Conception Catholic Church in Elma, with Rev. Jerry Kopacek celebrating the Mass.
Interment will be in Calvary Cemetery in Elma. Friends may greet the family from 4-7 p.m. on Friday, May 31, 2019, at Elma Memorial Hall, where there will be a 4 p.m. Parish Scripture Service. Visitation continues an hour prior to the Mass at the church on Saturday. Hugeback Johnson Funeral Home has been entrusted with arrangements. Online condolences for Pat’s family may be left at hugebackfuneralhome.com.
Thomas Patrick Fogarty was born on Dec. 14, 1948, in Elma, the son of Patrick and Edna (Mahoney) Fogarty. He received his education in Elma, where he graduated from Elma High School in 1967. Upon graduation, Pat enlisted into the United States Army. During his time in the service, he was stationed in San Francisco. He returned home to Elma, where he was reacquainted with Linda Laue. The couple was married on May 3, 1975, at Immaculate Conception Catholic Church.
They lived near Elma and together raised their six children. Pat began his career working at Sara Lee in New Hampton in the maintenance department. He spent over 25 years working for the company before its closing in 2000. He then transitioned to Tri-Mark and spent several years working there until his retirement.
Irish enjoyed anything with a motor and that went fast, leading to his love of muscle cars, NASCAR and attending cars shows and tractor pulls. He liked to collect memorabilia relating to NASCAR and muscle cars and had acquired a vast collection. In his youth he had a 1969 Chevelle that was labeled the fastest car in Elma.
Irish was very meticulous with his acreage and spent many hours mowing and keeping up the property so it met his standards. He was a euchre player and would catch a card game at Josie’s whenever he could make it. He was great with crossword puzzles and would always seem to complete them with no problem. He was an avid Dallas Cowboys and Iowa Hawkeyes fan. He liked to listen to old country music and polka music. He often took an occasional trip to the casino for an evening.
Pat is survived by five children, Tony Rapenske of New Hampton, Randy Rapenske of New Hampton, Angie Fogarty of New Hampton, P.J. Fogarty of Altoona, Iowa and Amy (Jessie Houser) of New Hampton; grandchildren, Drew, Alexis and Abby Dirksen, Shelby, Brady, Baylee, Andi, Elizabeth and Ethan Rapenske, Levi Pontenberg and Dylan and Dakota Houser.
He was preceded in death by his parents; wife, Linda in 1995; daughter, Brenda Rapenske; and granddaughter, Breylynn Fogarty.