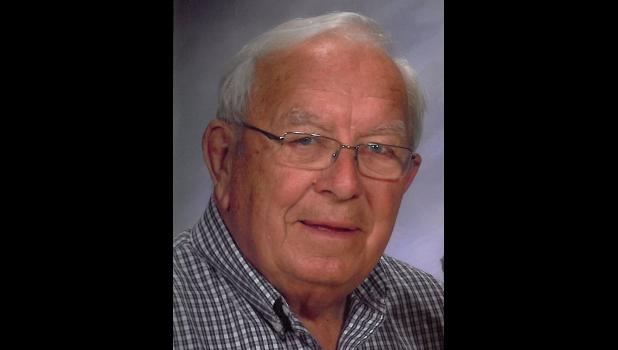 July 26, 1932 —
April 29, 2017
CRESCO -  Paul J. Krysan, age 84 of Cresco, Iowa died on April 29, 2017 in Rochester, Minn.
Memorial Mass will be held at 11 a.m. Saturday, May 6, 2017 at Notre Dame Catholic Church in Cresco, with Father Dennis Cain presiding. Inurnment will be in Calvary Cemetery Cresco. Visitation will be held from 10-11 a.m. Saturday at the church. Hindt-Hudek Funeral Home in Cresco is assisting the family.
In lieu of flowers, memorials may be directed to Notre Dame Catholic School or Parish or a charity of one’s choice.
Paul J. Krysan was born on July 26, 1932, in Calmar, Iowa, son of Frank and Mary (Greteman) Krysan. In 1950 Paul graduated from Assumption High School, Cresco. From 1951-1954 he was a Radioman 3rd Class stationed on the USS Frontier. Paul attended baker’s school at Dunwoody Institute in Minneapolis, Minn., graduating in April 1957.
On Nov. 12, 1960, he married Ardella Winkels at St. Stephen Catholic Church in Minneapolis. To this union three children were born, Roxann, Alan and Craig. After working as a baker in various communities, he and Ardie moved back to Cresco and purchased Wright Bakery in 1964. They operated Krysan Bakery and The Kutee Shop until 1973. They purchased Culbert Implement in 1973 and operated this as Krysan Implement until 1982, when they purchased B & G Auto Parts and operated it as Krysan Auto Supply and Radio Shack. In 1987 they purchased Bethany Housewares and relocated it from Minneapolis to Cresco.
Paul was also active, serving on the CIDC board, along with many other community projects. During his retirement, he enjoyed woodworking and creating wooden toy cars and doll beds for needy children in Florida at Christmastime.
Paul is survived by his wife, Ardella Krysan of Cresco; children, Roxann (Randy) Svoboda of Cresco, Alan (Terri) Krysan of Lakeville, Minn. and Craig (Belinda) Krysan of Albert Lea, Minn.; grandchildren, Samantha (Joel) Zak, David (Jamie) Svoboda and Lauren and Reagan Krysan; great-grandchildren, Kassidy and Lydia Zak and Shelby, Kaden and Addison Svoboda; his brother, Jim (Carole) Krysan of Oak Park, Ill.; and sister-in-law, Betty Krysan of Dowington, Pa.; along with many nieces and nephews.
Paul was preceded in death by his parents; sister, Germaine Krysan; brothers, Donald, John and Richard Krysan; and sister-in-law, Shirley Krysan.