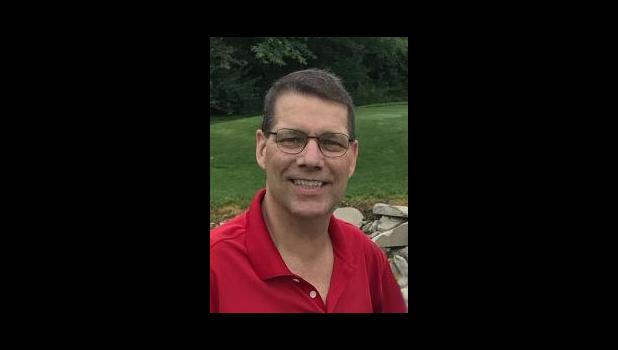 Feb. 12, 1965 —
July 27, 2019
DES MOINES - Randy Hauber, age 54, of Des Moines, Iowa and formerly of Ridgeway, Iowa passed peacefully on Saturday, July 27, 2019 at Mercy Hospice in Johnston, Iowa.
A Celebration of Life will be held on Sunday, Aug. 11, 2019 from 1-4 p.m. at The Shop Event Center, in Urbandale, Iowa. A Mass of Christian Burial was held at St. Wenceslaus Catholic Church in Spillville, Iowa on Aug. 2 by Revs. Robert Gross, Dan Knipper and Donald Hawes. Interment was in St. Wenceslaus Cemetery.
Randy James Hauber was born on Feb. 12, 1965, the son of Joseph and Hattie Hauber. He attended St. Wenceslaus Catholic School (grades 1-6) in Spillville and South Winneshiek Schools (grades 7-12) in Calmar, Iowa, graduating in May 1983.
Randy participated in track and football at South Winn. and was an active member of the Spillville Spartans 4-H Club. Post graduation, he had various jobs, from working on the home farm and other farmers and at the farmers’ co-op, among many others.
He was active in softball, golf and just about anything else that posed an enjoyable challenge. In 1991 he made the move to the Des Moines area, where he had various careers at AT&T, Lucent Technologies, Iowa Homeland Security and recently at A + Communications and Security, with work primarily related with HyVee Corp.
In February 1998, Randy and Tia Pezzetti united in marriage. The years to follow brought into the world four fantastic children, Analese and twins, Tira and Powell, followed by Salisa.
To summarize, Randy’s entire life was challenging yet simple. His zest for life in general was unmatchable. His infectious laugh and spirited humor were second only to his unselfish, giving and supportive spirit, which he bestowed on everyone, be it nieces, nephews, family members or friends new and old. He left that very impression on all he encountered throughout his lifetime, which is evident to this day.
His sole focus and love in life was undeniably his four children. Randy truly was very dedicated and involved with all of their activities, be it sporting and dance choir activities, among many others, or just spending time together doing “whatever.” He absolutely relished the time he could spend with them, teaching them values that would carry them through their lives. His outgoing, fun-loving, independent personality are all strong traits they each carry to this day.
Randy is survived by his children, Analese, Tira, Powell and Salisa Hauber; father, Joseph “Joe” Hauber of Ridgeway; four siblings, Larry (Roxanne) Hauber of Decorah, Iowa, Linda England of Janesville, Iowa, Tim (Natalie Tomaras) Hauber of Grimes, Iowa and Tom (Nancy) Hauber of Decorah; and numerous nieces, nephews and other relatives.
He was preceded in death by his mother, Hattie (Silhacek) Hauber and brother-in-law, Richard England.