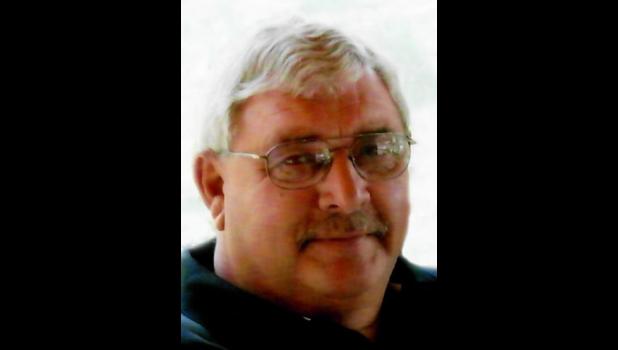 Protivin -  Raymond Joseph Bina, age 71, of Cresco, Iowa passed away suddenly while surrounded by family in Oklahoma City, on Nov. 29, 2016.
Funeral services were held Dec. 5, 2016 at Immanuel Lutheran Church in Cresco, with burial in the New Oregon Cemetery in rural Cresco.
Ray was born Aug. 5, 1945, to Charles and Helen (Mrachek) Bina in Cresco. He was raised on a farm near Schley, Iowa and graduated from Crestwood High School in 1963.
Ray married the love of his life, Judi Duneman, on July 10, 1965. Ray and Judi farmed together and raised their four children in the Protivin area for most of their marriage. A great day for him was when his whole family was with him. His children were the pride of his life. He felt they were his greatest accomplishment.
Besides loving his family, he loved to travel. He felt blessed for all the places they visited. One thing always circled on the calendar was deer hunting, which he had enjoyed with the same group of friends for over 40 years.
Ray served on the Turkey Valley school board for 12 years. He also served on a number of church boards and on the funeral committee at Immanuel Lutheran Church for many years. He enjoyed helping with the GLOW children’s church program on Wednesday nights and helping with Meals on Wheels. He loved playing 500 with his card club for 40-plus years. He enjoyed planting and sharing sweet corn with family, friends, local rest homes and the Mission, who all enjoyed it.
He was a giver; he truly loved giving to others. Many mornings he would be at the Mill for coffee with friends. He liked gardening and getting a “snack” from the garden. He enjoyed his Captain and 7 and his medicinal Blackberry Brandy. He liked taking a drive with Judi, whether it be an evening drive to check crops or to Rochester, Minn. for lunch. He loved going to California in February and spending time with family and friends in warmer weather. Ray and Judi were the greatest example of true love.
Ray is survived by his wife, Judi; his daughter, Barb (Jeff) Lindell of Greene, Iowa; sons, Mark (Liza Klimesh) Bina, Brian (Sabrina) Bina and Michael (Becky) Bina, all of Cresco; 14 grandchildren, Devan (Olivia) Rademaker, Dillon Rademaker, Erika (Josh Hoyle) Lindell, Eyan (Shawna) Lindell, Eryn and Ella Lindell, Gabriel Becker, Jacey and Logan Bina, Ava and Chloe Pucik, Austin Bina, Katelyn (Shelby) Henry, Kyler Bina; and eight great-grandchildren, Bentley, Aleigha, Myles, Keelan, Kali, Kinley, Piper and Finn. He is also survived by his brother, Art (Bev) Bina; brothers and sisters-in-law, Kaye Richardson, Bob and Joyce Halverson, Ron and Judy Duneman, Gary and Jennie Van De Weerd, Alton and Ruthie Iverson, Bob and Vicki Lane and Marilyn Teetshorn; his aunt, Sister Antonia; and several nieces and nephews.
Ray was preceded in death by his parents, aunts and uncles and nephew, Patrick Richardson.