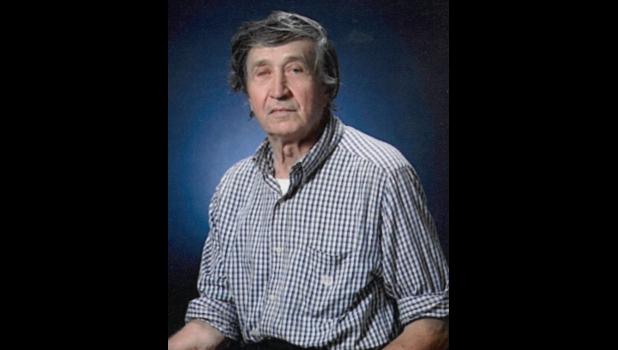 Jan. 13, 1933 —
Sept. 29, 2017
Waucoma -  Raymond G. Herold, age 84, of Waucoma, Iowa, died on Sept. 29, 2017 at Regional Health Services in Cresco, Iowa. He had been residing most recently at Evans Memorial Home in Cresco.
A Mass of Christian Burial will be held on Oct. 5 at 11 a.m. at St. Luke’s Catholic Church, St. Lucas, Iowa with burial following in the church cemetery. Visitation will be held on Oct. 4 from 4-7 p.m. at St. Luke’s Church.  Ray will be laid to rest in the first St. Joseph Casket, which was built from the former St. Joseph Church pews. Hindt-Hudek Funeral Home of Cresco is assisting the family.
Raymond Herold was born on Jan. 13, 1933, the son of George and Margaret (Martin) Herold. He attended St. Luke’s Catholic School in St. Lucas. After he finished school, Ray farmed with both of his parents until the death of his father in 1960. He continued to farm with his mother for another decade. After she became multiply disabled, Ray cared for her without wavering until her death in 1988. He remained active on his farm until March 2017, when a series of illnesses led to a long hospitalization followed by a half year of nursing home care.
Ray liked working with his herd of cattle and enjoyed the companionship of his farm dog, Benji. He liked to discuss current affairs and could lighten any mood with his quick-witted humor. He shared his wisdom with gentleness, and he maintained his faith through many challenges. He will be fondly remembered by his family and friends for his kindness and strong independent spirit.
Ray is survived by seven nephews, Edward (Inez) Kruse, Dennis Kruse and Harvey Kruse, all of Cresco, Larry Kruse of Ankeny, Iowa, Paul (Kelly) Kruse of Crown Point, Ind., Joel (Patty) Kruse of Ridgeway, Iowa and Tom Herold of St. Michael, Minn.; four nieces, Margaret Herold of St. Michael, Marilyn (Joe) Kollasch of Ames, Iowa, Norine Kruse of Spokane, Wash. and Sheila (Darren) Hovland of Plymouth, Minn.; four great-nephews, Isaac Kruse, Jonathan and Jeffrey Kollasch and Nathan Kruse; and three great-nieces, Elizabeth Kruse, her daughter, Alexis, and Melia Kruse.
He was preceded in death by his parents; two half-brothers and his sisters-in-law, Jerome (Romie) and Florence Herold and Linus and Lucille Kruse; and two nephews, David Herold and Kevin Kruse.