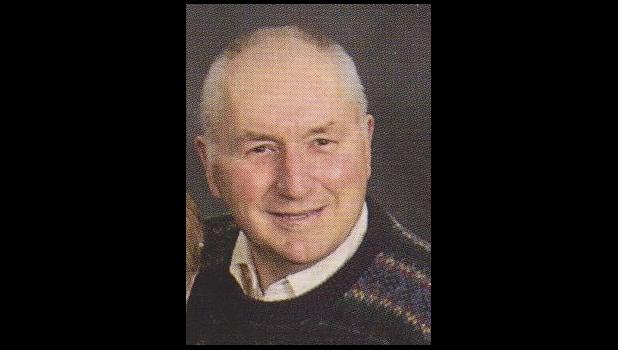 June 6, 1934 —
Feb. 9, 2020
RICEVILLE - Rex H. Kleckner, age 85 of Riceville, Iowa died on Sunday, Feb. 9, 2020 at Osage Rehab and Health Care Center in Osage, Iowa.
Funeral services will be held at 11 a.m. on Saturday, Feb. 15, 2020 at LeRoy Lutheran Church in LeRoy, Minn. with Rev. Herman Bakker officiating.  Visitation will be held from 9:30-11 a.m. prior to the service at the church on Saturday. Burial will take place at Riverside Cemetery in Riceville, following the funeral service.
Rex Henry Kleckner was born on June 6, 1934 in Riceville, to Ralph and Grace (Lenth) Kleckner. He was a graduate of Rudd High School in Rudd, Iowa. Following high school, he served in the U.S. Army from July 17, 1956 to April 16, 1958.
On Sept. 7, 1958, he was united in marriage to Irene L. Hahn at the United Methodist Church in Rudd. In 1962, the couple moved to their farm in Oak Dale Township, Howard County, Iowa where he resided until he was 80.
Rex spent the majority of his life farming from ages 18-68. He enjoyed the farm life, as well as WWII history, talking politics and watching Hawkeyes basketball and St. Louis Cardinals baseball. He was a member of the LeRoy Lutheran Church, the Gideons, the Norman Borlaug Foundation, served as Howard County Supervisor and was a member of NE Iowa Resource Conservation and Development for several years. He won awards for soil conservation, his registered Holstein cattle and as a pork producer.
Rex is survived by his wife, Irene Kleckner of Osage; sons, Curt Kleckner of Osage and Kent (Jill) Kleckner of Decorah, Iowa; six grandchildren, Lydia Kleckner, Josie Kleckner, Eliot Kleckner, Jesse Baird, Joshua Baird, and Jacob Baird; and three great-grandchildren, Julia, Piper and Gemma.
He was preceded in death by his parents; daughter, Julie; and brother, Dean.
Online condolences may be left at Hindtfuneralhomes .com.