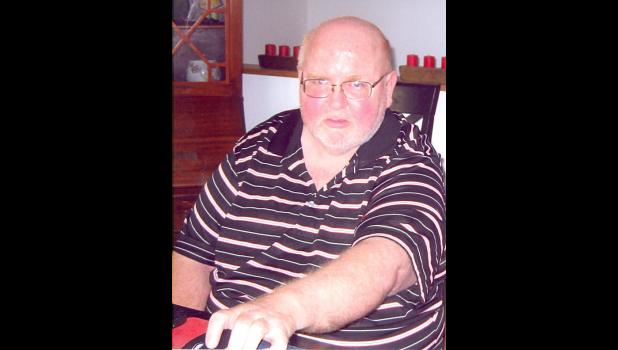 July 30, 1956
May 13, 2017
CRESCO -  Richard ‘Rich’ Warrick, age 60, of Cresco, Iowa and formerly of Boone, Iowa died May 13, 2017 at Gunderson Hospital in La Crosse, Wis.
Funeral services were May 19, 2017 at First United Methodist Church in Boone with Rev. Doug Cue officiating.  Burial was in the Linwood Park Cemetery.
Richard Alan Warrick was born in Boone on July 30, 1956, the son of Earl and Lulamae (Morton) Warrick. He graduated from Boone High School in 1974 and attended a year at Iowa State University.  For 34 years, Rich was employed with Fareway Stores, working as a clerk at the Boone, Cresco, Indianola and Ames locations. Due to ill health, he retired June 8, 2007. Rich moved to Cresco in 2010, where he enjoyed the last several years with his niece, Missy and her family.
In his early working years, Rich enjoyed playing slow pitch softball for the Fareway Stores team. He also enjoyed playing golf; watching Mike & Mike on ESPN; listening to classic rock music, especially the Doobie Bros.; classic cars, especially Chevelles; and visiting Estes Park, Colo., Silver Lake in Rochester, Minn., and various apple orchards in the fall. Rich loved watching reruns of ‘Cheers,’ and he was an avid Chicago Cubs and Iowa State Cyclones fan. He especially loved spending time with his family.
Rich is survived by three sisters, Martha (Virgil) Hilsabeck and Sandi (John) Hilsabeck, all of Boone, and Carla Warrick of Cresco.  Also surviving is a brother, 11 nieces and nephews, 25 greatnieces and nephews and six great-great nieces and nephews.
He is preceded in death by his parents and a nephew, Doug Warrick.
Friends may call at Schroeder-Reimers Memorial Chapel, at Sixth and Marshall, on Thursday from 3-8 p.m., where the family will be present from 6-8 p.m. On Friday morning, friends may call at the church from 9:30 a.m. until service time.
The family requests that those attending the church service dress casual, and wearing your favorite Iowa State or Chicago Cubs attire would be very welcomed.
In memory of Rich, memorials may be directed to the Howard County Conservation.
Online condolences at schroedermemorialchapel.com