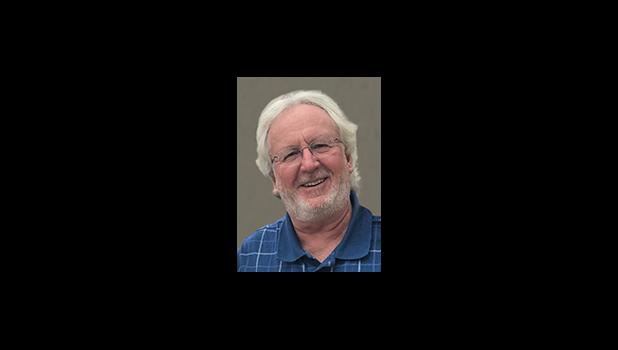 Feb. 24, 1958 —
Oct. 21, 2019
ANAMOSA - Robert Roman, age 61, of Anamosa, Iowa and formerly of Cresco, Iowa, passed away on Monday morning, Oct. 21 in Iowa City, Iowa.
A Memorial Mass of Christian Burial will be held at 11 a.m., on Saturday, Dec. 21, 2019 at Notre Dame Catholic Church in Cresco, with Fr. Jacob Rouse officiating. Burial will be at a later date in Calvary Cemetery, Cresco. Lindstrom Funeral Home is assisting the family.
There will also be a memorial gathering in Anamosa on Saturday, Nov. 16 starting at 12 p.m., with a prayer service, followed by fellowship until 4 p.m. at the Lawrence Community Center.
Robert B. Roman was born on Feb. 24, 1958 in Cresco, to Bernard and Viola ‘Vi’ (Peters) Roman. He graduated from Notre Dame High School in 1976 and Upper Iowa University in Fayette, Iowa in 1980. He married Deb Dyrland on Oct. 9, 1998; they later divorced in May 2001.
Rob worked the last 39 years for Linn County. In 1980, he started as a Park Attendant for the Linn County Conservation Department. Since April 1990, he worked as a Vegetation Management Specialist for the Linn County Secondary Roads Department.
Over the years, Rob was Treasurer for U.S. Shippers Council Inc., a member of the Jones County Conservation Board, Izaak Walton League, Ducks Unlimited of Jones County, The National Elk Federation and various roadside committees and groups.
Rob served on the Iowa Native Species Seed Committee for over six years in the 1990s, helping to jump start the native seed industry in Iowa. He hosted Iowa’s annual roadside conference twice, in 1995 and in 2018. He was a great conservationist, well-respected by his peers, and generous with sharing his knowledge and his time to promote the benefits of native plants.
Rob was an avid hunter and fisherman. In addition to duck and pheasant hunting, he enjoyed fishing on the Mississippi at Cassville, Wis., in Devil’s Lake, N.D., below the dam at Guttenberg, Iowa, and Lake Macbride, in Solon, Iowa, with numerous fishing trips to Minaki, Ontario, Canada and South Dakota. He also hunted elk, antelope and deer in Wyoming; elk in Colorado and Montana; and bear in Minnesota.
Rob is survived by his girlfriend of the last three years, Joyce Finn-Dirks of Anamosa; his mother, Vi Roman of Cresco; and a sister, Carol (Mike) McGuire of Cresco, and their children, Mac (Laura), Kevin and Alison. He is further survived by his two Brittany Spaniels, Belle and Buddy.
He was preceded in death by his father, Bernard Roman.
Memorials may be directed to Jones County Conservation, 12515 Central Park Road, Center Junction, IA 52212.