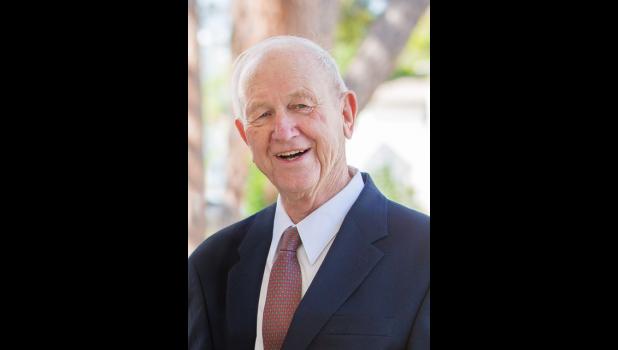 Aug. 24, 1935 —
Jan. 31, 2018
Cresco - Ronald R. Horn, age 82, passed away Jan. 31, 2018.
Memorial services will be held at St. Paul the Apostle Catholic Community in West Los Angeles on Feb. 24, 2018 at 9:30 a.m. The family asks that in lieu of flowers, donations be made to Ron’s favorite charities, which include St. Paul the Apostle School, where his grandchildren are enrolled, and Soroptimist International LA West-Santa Monica.
Ron was born on Aug. 24, 1935 at the family farm in Iowa. He was born to Raymond L. and Clara L. Pecinovsky Horn and was delivered by his maternal grandmother.
After graduating in 1953 from Chester High School, Ron enlisted in the U.S. Marine Corps during the Korean War. He remained a life member of the American Legion, most recently at Post 283 in Pacific Palisades. He met and married a fellow Marine, Ruth “Nancy” Archibald, in 1957 at Camp Pendleton. The couple later separated.
After serving in the Marine Corps, doing some construction work in Oregon and attending junior college at El Camino College, Ron transferred to Cal State Los Angeles. He had a few classes with Gunjit Sikand, who offered him employment at his company, SIKAND, the summer after Ron’s junior year. When Ron graduated in 1962, SIKAND was looking for full time employees. To use Ron’s own words, “so I went to work there and never left.” That was 56 years ago.
Ron’s career at SIKAND was as outstanding and remarkable as it was long lived. He poured his heart and soul into every project with which he got involved and never stopped working or caring for his work and clients. The absolute trust of his clients and the dedication he poured into his projects started when he first joined the company and continued through his becoming Executive Vice President and co-owner until his passing.
Ronald R. Horn loved, laughed and lived life to the fullest. He celebrated every experience, from working out a complex engineering project to savoring a home-cooked meal with family and friends. He brightened countless lives with his kindness, humor and quick and hearty laugh. A lifelong philanthropist, Ron served on the fund-raising board of the Henry Mayo Hospital and was honored by the City of Los Angeles for his exceptional service and generosity.
Ron was a family man. He was devoted to his love of 28 years, Donna Pope. They danced, traveled and cherished visits with their children: Ron’s son, Michael Ray (Adriana) Horn, and their two children, Ana Isabel and Daniel Ray, all of Los Angeles; and Donna’s children, David Pope (Angie Hexum) and Karen Pope (Sherilyn Munger), and grandchildren, Nathan and Georgia Pope.
All have fond memories of Ron with a grandchild on his knee telling stories of his youthful adventures on the Iowa farm. He is also survived by his sister, Betty L. Horn of Winter Haven, Fla. and Cresco, Iowa, as well as a niece, three nephews and several cousins.
He was preceded in death by his parents; a brother, Raymond Jr., in infancy; and a sister, Rita Anne Cooley, in 2011.