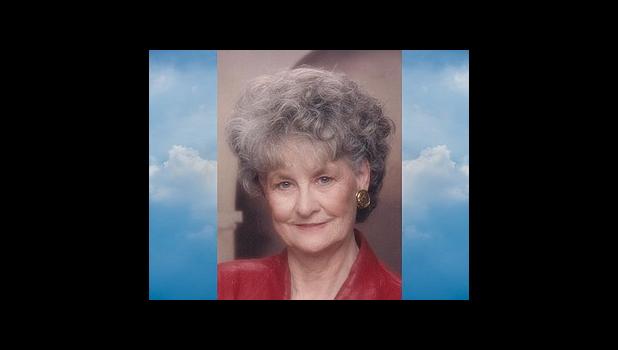 Cresco -  Ruth Mareé Peterson died unexpectedly on Jan. 5, 2017.
There will be a private memorial service at a later date, and she will be laid to rest at the State Line Cemetery near Harmony, Minn., next to LaVerne Peterson, this summer.
In lieu of flowers, memorials can be made to Jean Marie Peterson Scholarship Fund at https://www.cfneia.org/giving/give-today, the State Line Cemetery in Harmony or Genesis Christian Church of Prescott, Ariz.
Funeral arrangements were entrusted to Heritage Memory Mortuary. Please visit www.heritagemortuary .com to sign Ruth's online guestbook.
She was born Feb. 25, 1929 to Herman Clarence Stoll and Inga Strand Stoll Hein in Decorah, Iowa. Ruth was baptized and confirmed at Washington Prairie Lutheran Church. She graduated from Cresco High School, in Cresco, Iowa in 1946 and attended Waldorf College in Forest City, Iowa and Luther College in Decorah, where she earned her AA degree.
Ruth taught school at Fremont Township #7 rural school in the 1947-48 school year and then at Lime Springs Elementary, Iowa for the 1948-49 school year. She married the love of her life, LaVerne Burnett Peterson on April 24, 1949 at Immanuel Lutheran Church in Cresco. The couple moved to Grundy Center, Iowa then Locust, Iowa and then in 1953 to a farm in northeast Iowa, south of Harmony. They raised their seven children and farmed crops and milked cows. Ruth was an active member of the Fremont Lutheran Church and 4-H.
In 1971, the couple and five of their children moved to Prescott Valley, Ariz. They started L & H Building Center with Harold and Donna Stoks. Ruth was instrumental in starting the Prescott Valley Library, was a Girl Scout leader and an active member of the American Lutheran Church. When LaVerne retired in 1983, they moved to Lake Havasu City, Ariz., where they lived until he passed away in 1992.
In 1993, Ruth moved back to Prescott to be near family. She was a volunteer at the Prescott VA hospital, a member of the Mountain Spinners & Weavers Guild, the Thumb Butte Quilt Guild and the Prescott United Methodist Church and sang in the choir.
Throughout her life, Ruth was an avid reader, which she passed on to many of her children, grandchildren and great-grandchildren. She loved to travel and work outside in her garden and sewed and quilted her whole life. Ruth loved to talk about her family’s accomplishments and was very proud of all that they did in their lives.
She is preceded in death by her husband; mother; father; step-father, William August Hein; half-sister, Annette Emily Hein Rasmussen; daughters-in-law Tracey Lee Larson Peterson and Jean Marie Skelton Peterson; and her great-granddaughter Scarlett Jean Peterson.
She is survived by her step-sister, Clarissa Hein Sutton of North Olmsted, Ohio; step-brother, Arnold (Norma) Hein of Charlotte, N.C.; sister-in-law, Luanne Peterson of Harmony; and brother-in-law, Willard Peterson of Iowa Falls, Iowa; her children, Anne (Gerald) Worner of Fergus Falls, Minn.; Lee Peterson (Bridget Harrington) of Burnsville, Minn., Joan (Albert) Robles of Prescott, Loren Peterson (Cheryl Largent Hanks) of Prescott Valley, Ariz., Bonnie (Phil) Raney of Ash Fork, Ariz., Sharla Peterson (Robert McBurnie) of Prescott and Carrin (Alan) Jacoby of Iberia, Mo.; her grandchildren, Beth, Lisa, Michele, Paul, Scott, Adam, Christina, Jennifer, Danelle, Eddie, Tony, Luke, Tiffany, Willy, Tim, Jesi, Lorelei and Nicole; and her 40 great-grandchildren. She also had many nieces and nephews, great-nieces and great-nephews and great-great-nieces and nephews, as well as many friends who will miss her every day at morning coffee.