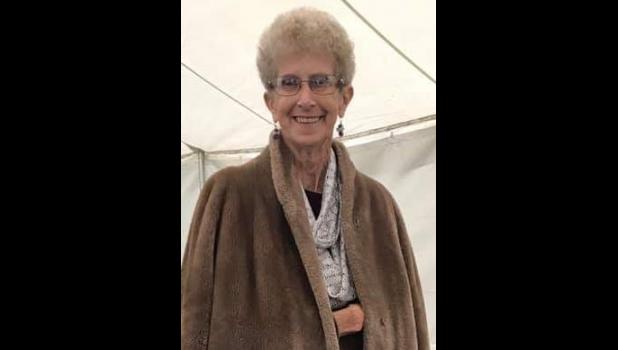 June 27, 1947 —
Sept. 7, 2019
SUMNER - Sharon A. Jones, 72, of Sumner, Iowa died on Saturday, Sept. 7, 2019, at Community Memorial Hospital in Sumner.
Memorial Mass will be held at 10 a.m. on Saturday, Sept. 14, 2019, at Immaculate Conception Catholic Church in Sumner. Visitation will be held from 4-7 p.m. on Friday, Sept. 13 at Immaculate Conception Church and for one hour preceding the Mass at the church on Saturday. The family suggests that memorials be made in Sharon’s name to SEMS. Online condolences may be left at www.beckermilnesrettig.com.
Sharon Ann, daughter of Eldon and Ella (DeGreve) Krueger was born on June 27, 1947, at the hospital in Cresco, Iowa. She was baptized on Oct. 5, 1948 at home by Rev. Stenberg and later confirmed, both in the Evangelical Faith.
She received her education through eighth grade at the country school, rural Cresco, and graduated from Crestwood High School in 1965. On July 20, 1968, she was united in marriage with Roger Jones at Immaculate Conception Catholic Church in Sumner.
Sharon worked at Collins Radio in Cedar Rapids, Gambles, Nauholz  Insurance, Dr. Vanengelenburg’s Veterinary Office, Dr. Chang’s Medical Office and Dr. Bauer’s Chiropractor’s Office, all in Sumner. Sharon and Roger owned and operated Thunder Lanes in Sumner from 1997 until retiring in 2014.
She began her volunteer career as an EMT with Chickasaw Emergency Medical Services, prior to 1981. At that time, Sharon and a few other Sumner community members shared a vision of bringing Emergency Medical Services to Sumner, and in 1982, SEMS was formed. She took great pride in volunteering for SEMS and did so until her retirement in 2009.
Sharon was a long-time member of Immaculate Conception Catholic Church, where she was involved in the Ladies Guild, helped organize the church bingo events and was a member of the Hospital Auxiliary. She was an avid bowler, enjoyed going to the casino, listening to Mollie B and the Jim Busta Polka Band, watching the Minnesota Vikings, reading, word find puzzles, playing cards in local card clubs and spending time with her long-time friends from high school (with whom she played canasta).
Sharon had a lot of interests and remained involved and active for many years, but the thing that brought her the most joy was the time she spent with her family. She attended a lot of her grandkids activities, no matter the distance. She was a dedicated and loving mother, grandmother and great-grandmother.
Sharon is survived by her two children, Lori (Erik) Smith of Cannon Falls, Minn. and Brad (Leslie Davis) Jones of Tripoli, Iowa; six grandchildren, Kimberly (Trevor Boyd) Smith of Plankinton, S.D., Nicole (Jon) Nelson of Cannon Falls, Bracken Smith of Cannon Falls, Bailey Jones of Oskaloosa, Iowa and Elise and Grace Mowatt of Tripoli; four great-grandchildren, Alyson and James Otto, Olivia Hoff and Brandon Nelson; brother-in-law; sisters-in-law; and many nieces and nephews.
In addition to her parents, she was preceded in death by her husband, Roger who died on Dec. 13, 2012; and a sister, who died in infancy.