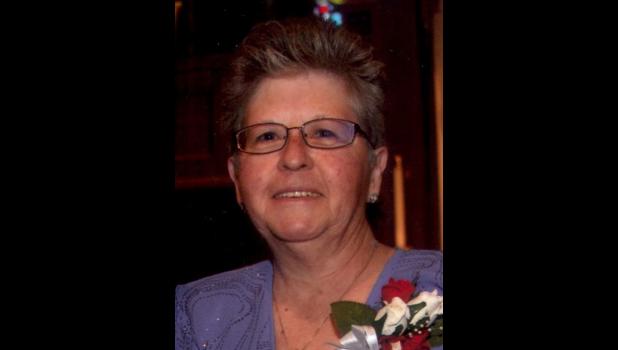 April 9, 1951 —
Nov. 21, 2017
Waukon -  Shirleen “Sam” A. Rosendahl, age 66, of Waukon, Iowa, went home to be with our Lord on Tuesday, Nov. 21, 2017, after a brief battle with cancer. She passed away at home, surrounded by her family.
Funeral services will be held Monday, Nov. 27, 2017, at 11 a.m. at St. John’s Lutheran Church in Waukon with Pastor Bill Odermann officiating. Burial will be at Oakland Cemetery, Waukon. Friends may greet the family from 2-5 p.m., Sunday, at Martin Funeral Home in Waukon. Online condolences may be left at www.martinfunerals.com.
Shirleen “Sam” Ann Fritz Moe Rosendahl was born April 9, 1951, in Marshalltown, Iowa, the daughter of Leo and Ida (Johnson) Fritz of Cresco, Iowa. She was baptized and confirmed at Notre Dame Catholic Parish and in 1969 graduated from Notre Dame High School in Cresco. On Dec. 6, 1969, she married Dennis Moe in Cresco. They moved to Waukon to raise their family, and Shirleen worked at Northern Engraving for a time. Until 1983, she worked as an Allamakee County dispatcher. On Sept. 28, 1985, she married Gregory “Rosie” Rosendahl at St. John’s Lutheran Church in Waukon. Together, they owned and operated both Classic Lube and Wash and Danny Mac’s Towing Service. For 20 years, Shirleen worked at Double D Liquor in Waukon, having to retire after she got sick.
She had a heart of gold and a smile that would light up a room. To know her was to love her. Shirleen always made everyone feel welcome when they’d stop by. An amazing cook, she made great Sunday and holiday dinners. Being very crafty and artistic, she enjoyed arranging flowers, leather working and made belts, wallets and checkbook covers, and wrote several poems, sayings and a song. Shirleen also liked gardening and playing cards, fishing with Greg, hunting for mushrooms and asparagus and rock hunting for agates.
She is survived by her children, Dawn Burr of Lone Tree, Iowa and Shawn (Jodie) Moe of Waukon; stepchildren, Aimee Alverez and Jeannie Hill, both of Texas City, Texas, James Rosendahl of Waukon and Conrad (Kristin) Rosendahl of Lansing, Iowa; her grandchildren, Cheyenne, Shayna, Marshall and Jaxon; step-grandchildren, Ashley, Taylor, Nathan, Brittany, Logan, Nichaela, Gabriel, Nicholas, Cody, Steven, Alexyess, Joey, Brendan, Izaac, Christopher, Breanna, Marques and Lev; and her brother, Gary Fritz of Waterloo, Iowa.
Shirleen was preceded in death by her parents, Leo and Ida Fritz and Shirley (Kindl) Brenneman; husbands, Dennis Moe in 1983 and Greg Rosendahl in 2014; and stepdaughter, Nicole Rosendahl.