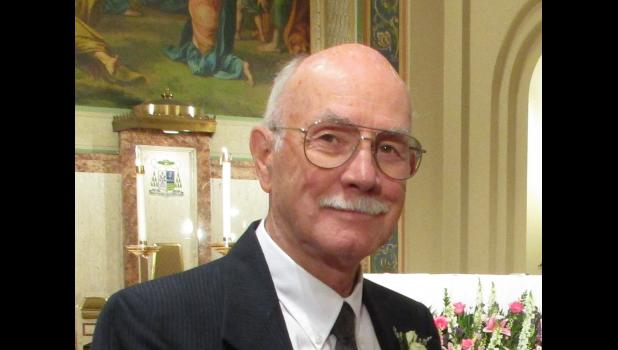 Nov. 22, 1937 —
July 6, 2019
MOUNT POCONO - Thomas Joseph Shea, age 81, of Mount Pocono, Pa., died peacefully on Saturday, July 6, 2019 at home.
There will be a viewing from 3-6 p.m. on Sunday, July 14, 2019 at Bolock Funeral Home, 6148 Paradise Valley Road, Cresco, Pa. Father Gregory Loughney will perform a Mass of Christian Burial at 10 a.m. on Monday, July 15, 2019 at the Villa of Our Lady, 245 Meadowside Road, Mount Pocono. Burial with military honors will follow at Indiantown Gap National Cemetery, Annville.
In lieu of flowers, memorial donations may be made to Most Holy Trinity Parish, 236 Route 390, Cresco, PA 18326.
Born in Cresco, Iowa, he was the son of the late William Charles and Viola Irene (Schmidt) Shea.
Thomas grew up in northeast Iowa and graduated from Iowa State University. After graduating from ROTC, he joined the United States Army Reserves. Having served over 25 years, Thomas retired as Lieutenant Colonel.
He worked as a packaging engineer for Amana Refrigeration in Iowa, Massey Ferguson in Toronto, Ontario and the Department of Defense at Tobyhanna Army Depot in Pennsylvania. He proudly participated in Operation Desert Storm during the Gulf War in Saudi Arabia as a civilian engineer.
After retiring, Thomas volunteered at the Retirement Service Office at the Tobyhanna Army Depot. He was an active member of Most Holy Trinity Parish, where he served as Eucharistic Minister and was a member of the Knights of Columbus Fourth Degree.
He was the proud owner of the Shea family Century Farm in Lime Springs, Iowa. An avid car enthusiast and handy mechanic, he enjoyed helping others whenever he could.
He was the loving husband of Janet Ann (Johnson) Shea, with whom he shared 53 years of marriage.
In addition to his devoted wife, he is survived by his daughters, Barbara (Michael) Clarelli of Nazareth, Pa. and Colleen (John) Iannone of Wexford, Iowa; his son, Daniel (Brittany) Shea of High Point, N.C.; brother, Paul (Gerry) Shea of Minneapolis, Minn.; sisters, Helen (L. John) Hoffbeck of Tipton, Ind. and Anne Salter of London, Ontario; and seven grandchildren, Mary, Sarah and Andrew Shea, Dolcemina, Michael Jr. and Luca Shea Clarelli and John Thomas Iannone; plus many extended family members.