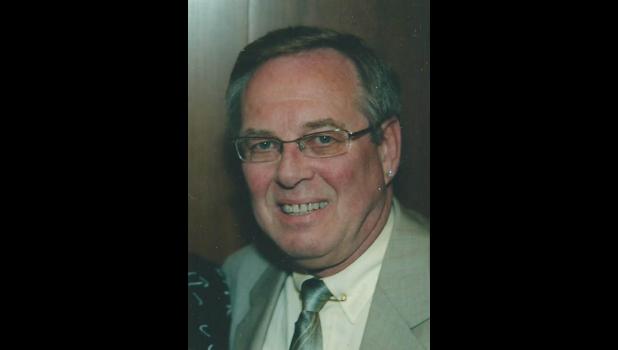 July 19, 1939 —
April 30, 2017
CRESCO -  William “Bill” Ashley, age 77 of Cresco, Iowa died Sunday, April 30, 2017 at Mercy Hospital in New Hampton, Iowa.
The funeral service will be 11 a.m. Tuesday, May 9, 2017 at First Lutheran Church in Cresco. Friends may call on Monday from 4-7 p.m. at Lindstrom Funeral Home.
On Saturday, May 13 from 1-3 p.m., there will be a Celebration of Life in Richfield, Minn. at House of Prayer Lutheran Church, where the Ashleys were long-time members. Inurnment will be at Ft. Snelling Cemetery.
Bill was born July 19, 1939 in Kerkhoven, Minn. to Howard and Frances (Peterson) Ashley. He graduated from Kerkhoven High School in 1957,  joined the Navy after graduation, and served from 1957-1960. He was a purchasing agent and worked in the Chaplains office. Bill was stationed in Guam. For seven months, he acted as the Protestant Lay Leader for the Command, conducting religious services every Sunday while at sea on the North Atlantic Barrier. Upon returning from the Navy, he attended the Minnesota School of Business.
He was a purchasing agent at Hitchcock Industries in Bloomington, Minn. for 23 years, Bill then started his own business, cleaning houses where he called himself the “Cleaning Guy.” He retired in April 2014.
In the summer of 2006, Bill married Connie Frankhauser Knowles in Richfield, Minn. On May 1, 2014 he and Connie moved to their home in Cresco, to manage Connie’s Century Corner B&B.
While living in Cresco, Bill continued enjoying his flower garden. His all-time favorite hobby was singing barbershop and continued to keep up on his love for the barbershop. He was a member of the Barbershop Harmony Society for 42 years. He sang baritone for 37 years in the Minneapolis Commodores and was also a member of the Cross Town Review Quartet.
Bill is survived by his wife of 10-and-a-half years, Connie Ashley; his three daughters, Meredith (Ryan) Risch, Debbie (Tom) Hallisey and Brenda (Clay) Nelson; five grandchildren, Lexi, Dakota, Karrigan, Johnathan and Karrah; a step-daughter, Lisa (Mark); six step-grandchildren, Kyle, Alex and Stephanie, Crystal, Travis and Lucas; seven step-great-grandchildren: Lexus, Elijah, Emma, Alivia, Lilly, Aster and Brooke; three siblings, Donna (Bill) Blattner, Barb (Larry) Anderson and Kenny Ashley; and many nieces and nephews.
Bill was preceded in death by his parents; a daughter who died in infancy, Ann Marye Ashley; a son, Chad Allen Ashley; and a sister Sue Lutz.
Memorials may be designated to the First Lutheran Church Foundation.