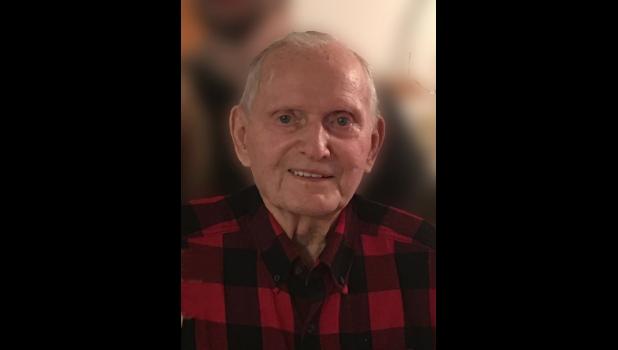 Chester -  William Jacob Brekke, 93, of Chester, Iowa, passed away at Evans Memorial Home in Cresco, Iowa, surrounded by his loving family on Jan. 20, 2017.
A funeral mass was held on Tuesday, Jan. 24, 2017 at Immaculate Conception Catholic Church in Riceville, Iowa with burial in Calvary Cemetery. Military honors were conducted by Roy Gue Post 244 American Legion.
William was born on May 17, 1923, to Jacob and Celina Brekke of rural McCallsburg, Iowa.
He spent his early years riding ponies with his cousin and enjoying the freedom of farm country living. One of William’s favorite memories was a trip to New York City to visit his mother’s family and her childhood home in 1928. This trip, in a Model T Ford touring car with his parents and sisters, was a grand adventure in those early days of cross-country automobile travel.
William graduated from high school in Stanhope, Iowa in 1941 and began farming with his dad. He enlisted in the U.S. Army Transport Command at the age of 21 and served his country during World War II in the Southwest Pacific, where he was commissioned on the high seas.
When he returned to Iowa in 1946, William farmed with his brother, Meyer, until he went to work at Montgomery Ward in Webster City, Iowa He met the love of his life, Lorraine Miller, at the Laramar Ballroom in Fort Dodge, Iowa. This was the beginning of their 70-year love story. Lorraine and William were married in Pocahontas, Iowa, on Oct. 6, 1948. To this union eight children were born, and the family eventually settled on a farm near Chester in 1961. The couple spent many happy winters in Apache Junction, Ariz., after retiring from over 50 years of farming.
William leaves a legacy of witty humor, conversation, thoughtful and purposeful living, the art of being a gentleman and love of family.
He will be lovingly remembered by his brother, Everett (Marge) Brekke; his children, Ann (Vincent) Steffen, Frank (Ruthann) Brekke, Michelle (Ray) Beets, Kathryn (Dean) Stern, Barbara (Brian) Hackman, Patricia (Michael) Magnuson and Kristine (Jack) Larson; daughter-in-law, Sherri (Thomas) Brekke; 20 grandchildren; and 19 great-grandchildren.
He is preceded in death by his wife, Lorraine; his son, Thomas William; his parents; and his siblings Meyer, Orville, Jeanette, Adele and Margaret.
In honor of William, listen to a classic Marty Robbins ballad, read a non-fiction book, memorize a poem and pull on an exceptional pair of cowboy boots.