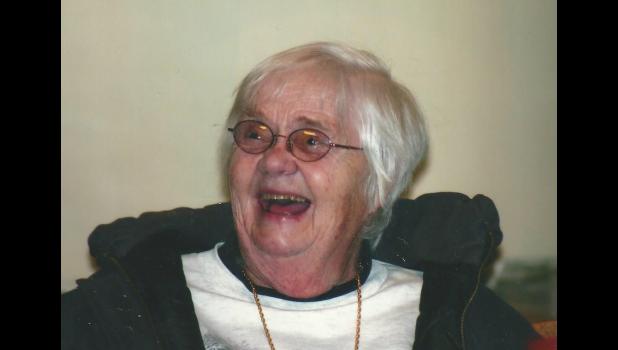 Jan. 25, 1928 —
Nov. 6, 2017
Protivin -  Wilma Holecek, age 89 of Fountain, Minn. and formerly of Protivin, Iowa, died Monday, Nov. 6, 2017 at St. Marys Hospital in Rochester, Minn.
Memorial services will be at 2 p.m. on Monday, Nov. 13, 2017 at Lindstrom Funeral Home in Cresco, Iowa followed by burial in Holy Trinity Cemetery, Protivin. Friends may call at the funeral home on Monday from 1 p.m. until time of services.Wilma Holecek was born on Jan. 25, 1928 on the family farm in Howard County to Frank and Mayme (Hruska) Moudry. She married George Vrba, who later died. She then married Joseph Holecek in 1952. Wilma helped Joe on the farm until he died in 1968; she then farmed with her father. In 1972, her son, Harvey graduated from high school and they farmed together, first in the Protivin area and most recently near Fountain, until a few years ago.
Wilma enjoyed making kolaches and dumplings and crocheting. Over the years she made a lot of beautiful doilies.
She is survived by one son, Harvey (Sheryl) Holecek of Fountain, and Sheryl’s seven children, Jamie, Amy, Travis, William, Colleen, Andrew and Matthew.
Wilma was preceded in death by her parents and a sister, who died in infancy.