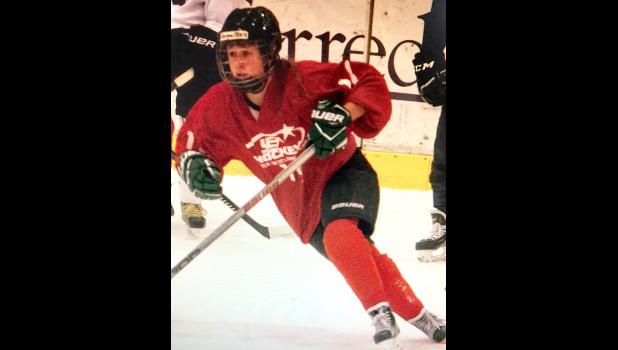 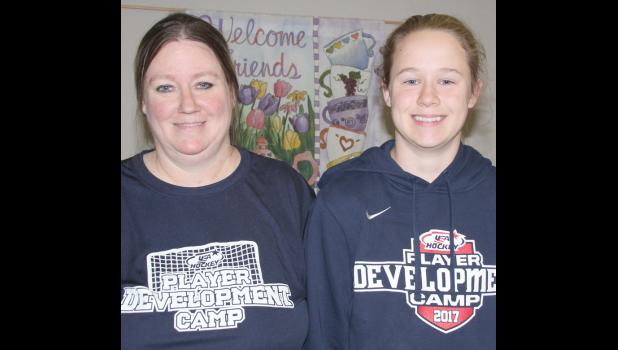 By:
Nate Troy
CRESCO -  Devynn Priest of Cresco recently took advantage of the opportunity of a lifetime - playing for the USA AAA Hockey Team Bauer Vapor in Toronto, Canada, at the ‘Queen of the Rings’ Tournament.
From Aug. 11 to 13, Priest was fortunate enough to be selected among thousands of potential athletes to play on the USA AAA Nationals Team in Canada. Priest, who is 14, is no stranger to the sport of hockey. She has been playing hockey since age three, and she has been playing on the Rochester Mayo High School Varsity squad for two seasons. She is going into her freshman year at Mayo this fall.
“We had an exciting weekend of hockey,” Devynn said. “After four games (at the tourney), we landed in the semifinals.  We won our semifinal game to make it into the gold championship game, which was a hard fought battle.
“We played a team of high school elite prospects from Canada.  We were up 3-1, and before long they tied it up and sent the game into overtime. Approximately two minutes into overtime  the other team got a breakaway and scored.”
Devynn and her teammates were obviously disappointed to lose in the title game, but she and her teammates did earn finalist medals for their hard work. During the tourney, Devynn scored three goals and tallied two assists.
“The Canadians play a lot rougher in general, and they are very physical,” Devynn noted. “One of our girls was purposely elbowed in the head and suffered a concussion. This was a long way to travel for a tournament, but it was a great experience.”
Making it to the Nationals was no easy task. There are six phases players need to complete to earn this honor. The phases are as follows:
1. Players must participate in tryouts within the Minnesota Hockey Districts.
2. The top 30 players from each district  participate in the development phase with 20 from each district advancing to phase three.
3. The district teams compete in five games, including three games at the Girls HP15 Spring Festival in Edina.
4. The top 102 players from the Spring Festival will be selected to compete at the CCM High Performance Summer Festival at Saint Cloud, Minnesota.
5. The top players from the Summer Festival are selected to the CCM HP National Prep Camp in Blain, Minnesota.
6. Players will attend the USA Hockey Girls 15 Player Development Camps.